All the major smartphone makers gave up on physical keyboards years ago. But a handful of smaller companies are keeping the dream alive — and the new Astro Slide smartphone from Planet Computers is the third phone from the company that not only has a QWERTY keyboard, but also a laptop-like design.

That said, while the Cosmo Communicator and Gemini PDA featured laptop-style clamshell designs that meant you had to open them to really get anything done, the Planet Computers Astro Slide has its screen on the outside, which means you can use it as a normal touchscreen phone and only slide out the keyboard when you need it. 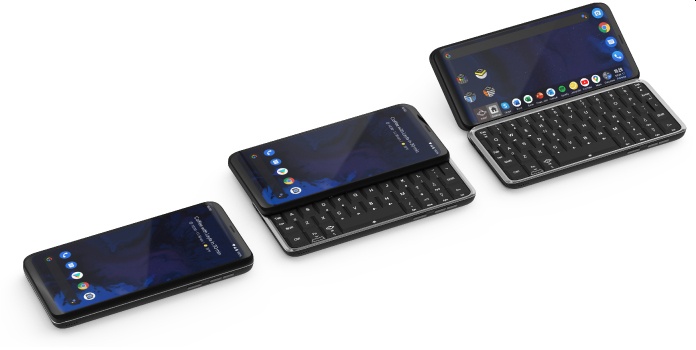 Oh, and Astro Slide is also the first keyboard-smartphone I’m aware of to feature 5G… although the phone isn’t expected to actually ship until March, 2021.

It’s up for pre-order now through an Indiegogo crowdfunding campaign.

Update 1/13/2021: After raising over $1.6 million in crowdfunding and experiencing some delays and spec changes, the Astro Slide is now set to ship in June, 2021. 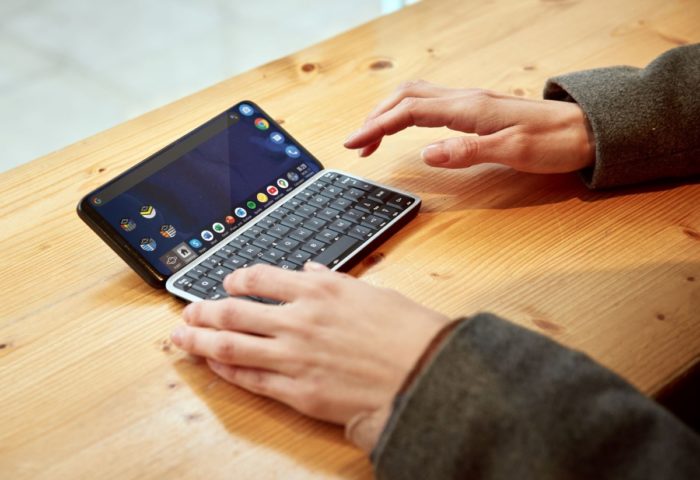 While there’s always a bit of risk involved with crowdfunding, Planet Computers has successfully delivered two previous devices. But some features may not be available at launch (the company promises the Astro Slide is “Linux OS compatible,” but the Cosmo Communicator launched with the same promise, but when it first shipped it only ran Android and Linux support wasn’t officially added until just last month).

It’s also worth keeping in mind that global supply chain issues related to the coronavirus could make crowfunding campaigns like this a little riskier than usual.

That said, there’s no other phone on the horizon that looks quite like the Astro Slide.

The closest competitor might be the F(x)tec Pro1, which is a 6 inch touchscreen phone with a slide-out keyboard:

But the Pro1 features a smaller keyboard that’s obviously meant to be used with your thumbs, while the Astro Slide is designed for touch typing thanks to a keyboard designed by former Psion designer Martin Riddiford. It also has a “RockUp” hinge that allows the keyboard to be roughly the same size as the display, unlike the Pro1 keyboard, which is maybe half the size of the screen.

Here’s an updated spec sheet for the Astro Slide, with the final specs marked in bold and originally planned specs crossed out.

The phone will ship with Android 10 software, but Planet computers says it’s designed to support a multi-boot setup for folks that eventually want to run Linux on the same handset.

Planet Computers says the Astro Slide will have a retail price of just over $900 eventually, but it’s going for $634 during crowdfunding, or $544 if you snag one of th eremaining early bird specials.