It’s not clear what advantages the previously unannounced chip will have over its existing Comet Lake siblings. But Anandtech spotted a mention of the new processor in a recent Intel Product Change Notification, suggesting the new chip could be coming soon.

That document has since been removed from Intel’s website though. 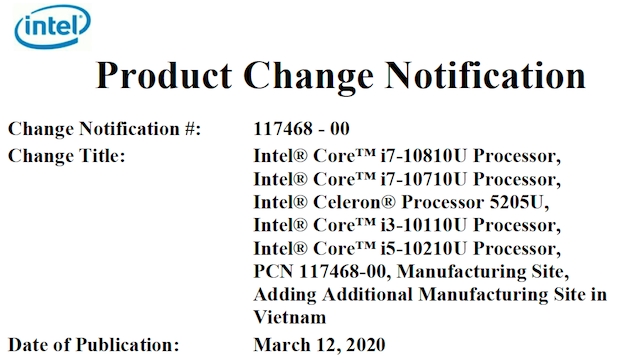 While Intel didn’t provide many details about the specific features of the Core i7-10810U processor, the name does give a few things away:

That something could be higher clock speeds, more CPU cores, or support for faster memory (although I’d be surprised if it’s the latter). But it should be interesting to see what it is, because the Core i7-10710U is already one of the most capable 15-watt processors Intel has released to date.

It may not have the “Iris Plus” graphics that you get from some of Intel’s other 10th-gen Core processors (Ice Lake), but it is the first 15-watt Intel Core U-series chip to feature six cores and twelve threads. It’s actually pretty competitive with the 45-watt Intel Core i7-9750H in some benchmarks.