Over the past few years, Chinese electronics company Huawei has created some of the best Android smartphones when it comes to hardware… but a glaring software issue makes it hard to recommend the phones to customers in many parts of the world.

And the new Huawei P40, Huawei P40 Pro, and Huawei P40 Pro+ are no exception. On paper the phones have some top notch specs including Kirin 990 5G processors, up to a 90Hz display, and premium camera features.

But like most recent Huawei smartphones, these three phones ship without access to the Google Play Store or Google Play Services. And that can make it tough to justify the price tags of the Huawei P40 series phones, which will sell for between 799€ ($875) and 1399€ ($1535) in Europe starting April 7, 2020. 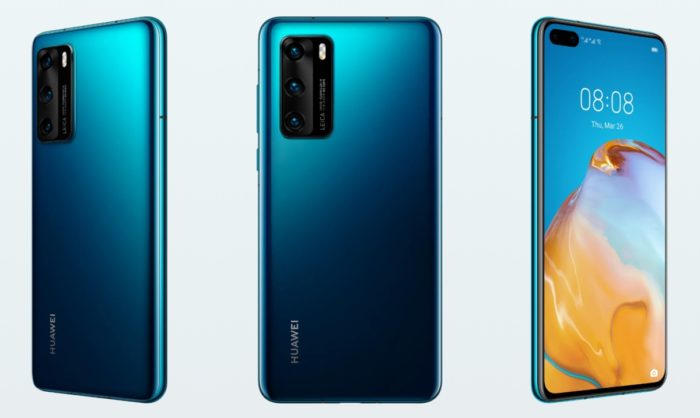 To be fair, Huawei has its own app store called the AppGallery that includes many top apps… but which lacks many of the millions of apps you’ll find in the Google Play Store.

Android does let you sideload apps from “unknown sources,” but without Google Play Services many popular apps such as Gmail, Chrome, and YouTube may not function properly.

That said, the cameras alone make these phones look tempting. All three phones have a 50MP primary camera with a 1/1.28 inch sensor that Huawei says enables the camera to capture more light.

The other cameras vary depending on which version of the phone you get:

Each version of the phone has a 32MP front-facing camera and an IR camera for face recognition. They all also have in-display fingerprint sensors (which Huawei says are 30-percent larger and 30-percent faster than previous-gen versions. 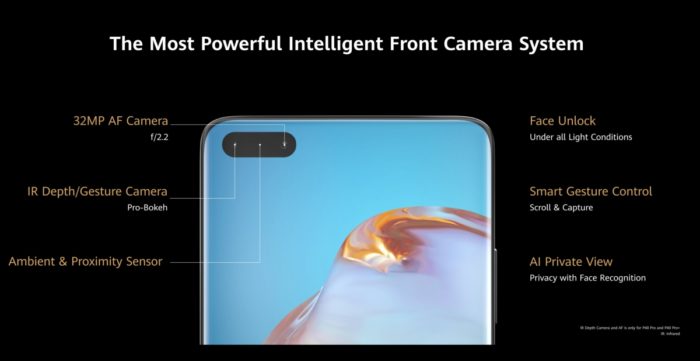 But the cameras aren’t the only things that differentiate these phones from one another.

The Huawei P40 Pro+ has the same display and battery as the P40 Pro, but it support 40W fast charging whether you’re using a wired or wireless charger. This model also has an IP68 rating and 512GB of storage. It’s priced at 1399€.