The new Fitbit Charge 4 is an activity tracker that also supports mobile payments, smartphone notifications, Spotify controls, and GPS — making it the first Fibit device that can use satellite navigation to provide real-time distance and pace details even if you leave your phone behind when you’re out for a run or bike ride. 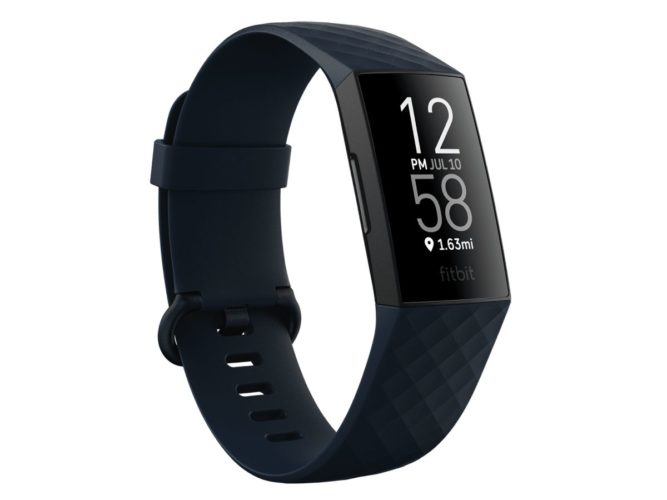 That makes the new model a bit pricey by fitness tracker standards, but pretty cheap by smartwatch standards… which makes sense, since the Charge 4 is more of an advanced activity tracker than a dumb smartwatch.

It has some built-in apps for weather, stopwatch, and other basic functions. And the Fitbit Charge 4 can display smartphone notifications for calendar alerts and text messages. Spotify Premium subscribers (in supported countries) can also use the Charge 4 to control music playback.

But for the most part this is a device for tracking your movement while walking, running, swimming, cycling, or performing around 20 other types of exercise. There’s also support for tracking floors climbed, heart rate, and sleep.

Fitbit says the Charge 4 should offer up to 7 days of battery life under normal conditions, but that drops down to 5 hours if you’re using GPS continuously, so you may need to charge it more often if you want to take advantage of that feature.

It’s likely that the Fitbit Charge 4 was already on the roadmap when Google announced plans to acquire the company five months ago — so it’s unclear what, if any, impact Google may have had on the new activity tracker.

But we’ll probably see more Google influence on Fitbit-branded devices moving forward… as well as possibly seeing Fitbit’s influence on upcoming Google products. While Google has been offering Wear OS software (formerly Android Wear) for smartwatches for a number of years, the company has yet to release its own first-party smartwatch or wearable device running the operating system. But that may change now that Google owns a wearable hardware/software company.

Personally, I’m still pretty happy with my decision to replace my aging Fitbit One with a Xiaomi Mi Band 4 earlier this year. I think I’ve charged its battery about 4 times since it arrived in early January.