The global coronavirus outbreak that originated in China has had a major impact on the global stage. Over 100,000 people have been infected, and more than 3,400 have died. Many major tech trade shows and other events have been canceled or scaled back, and a growing number of companies are advising employees to work from home if possible.

So in the grand scheme of things, the fact that the latest retro-inspired mini game console has been delayed probably isn’t that big a deal. Still, if you were hoping to get your hands on a TurboGrafx-16 Mini this month… you’re out of luck for now. 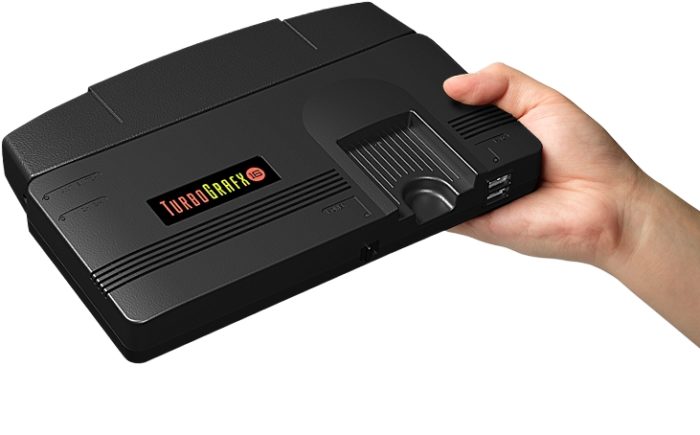 Konami announced on Twitter that the company’s “manufacturing and shipping facilities in China have encountered an unavoidable suspension due to the current Coronavirus (COVID-19) outbreak.”

The TurboGrafx-16 Mini, which was introduced in June, had been scheduled to ship starting March 19th, 2020. But now they’ll be “delayed until further notice.”

Like other recent retro/mini game consoles, the TuboGrafx-16 mini basically looks like a scale model of a classic game console from the 1980s. But instead of running game carts, it will come with a bunch of games pre-installed, including R-Type, Ys book 1&II, Dungeon Explorer, Alien Crush, Bonk’s Revenge, Neutopia II, and Bomberman ’93.

Konami is also producing a PC Engine Core Grafx Mini for the European market with a different physical design, but the same game list. Japanese customers, meanwhile, will be able to pick up a PC Engine Mini with some different games including Galaga ’88, Gradius and Gradius II, and Bomberman ’94 and Bomberman Panic Bomber.

You can find a run-down of which games run on which version of the game system, as well as international shopping links, at Amazon Japan. 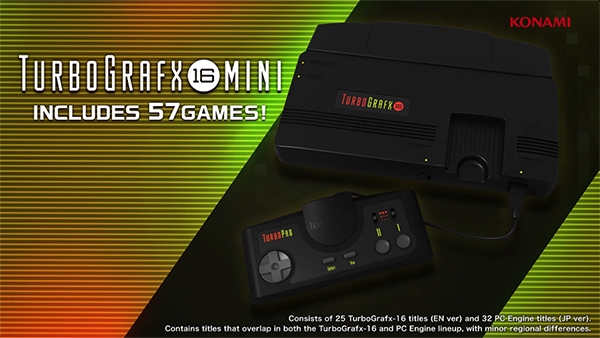 Unlike most other recent retro consoles, which only support one or two game controllers at a time, Konami’s new/old game systems support an optional multitap accessory that lets up to five people play at once.

And unlike the classic game consoles these new systems emulate, the new TurboGrafx-16 Mini/PC Engine Core Grafx Mini feature a Quick Save feature that lets you save your progress at any time and pick up where you left off. They also have HDMI ports, which lets you choose between 720p and 480p display resolutions — there’s even an option to emulate a CRT display with fake scan lines.

One reply on “Coronavirus delays the TurboGrafix-16 Mini retro console”