As expected, the latest version of iPadOS brings mouse and trackpad support to Apple’s tablet operating system. Oh, and Apple’s new iPad Pro makes use of that via a new optional Magic Keyboard with a built-in trackpad, backlit keys, and… a hefty price tag.

The new iPad Pro also has a faster processor, improved microphones, multiple cameras, and a LiDAR scanner for measuring depth and distance. 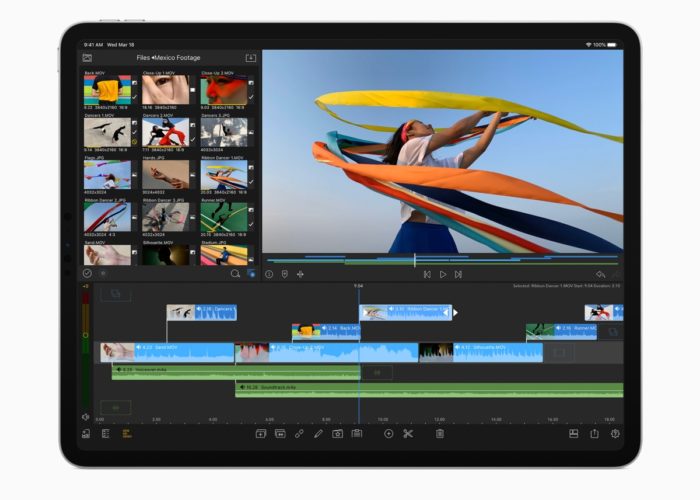 As usual, the tablets come in two sizes — 11 inches and 12.9 inches. Both feature LED-backlit IPS displays with 264 pixels per inch, wide color gamut, and support for up to 600 nits of brightness. And both are powered by Apple’s A12Z Bionic processor.

So let’s focus on some of the new features. The 2020 iPad Pro has two rear cameras — a 12MP primary camera and 10MP ultra-wide camera with a 125 degree field of view.

Apple says you can snap photos with up to 2X optical zoom panoramic photos up to 63MP and record 4K video at up to 60 frames per second.

The tablets can also support Apple’s Face ID facial recognition for logins and Apple Pay. And through a combination of data from the cameras, motion sensors, and LiDAR scanner, Apple promises improved augmented reality experiences, among other things.

For example, Apple’s Measure app allows you to measure a person’s height or other distances more quickly. 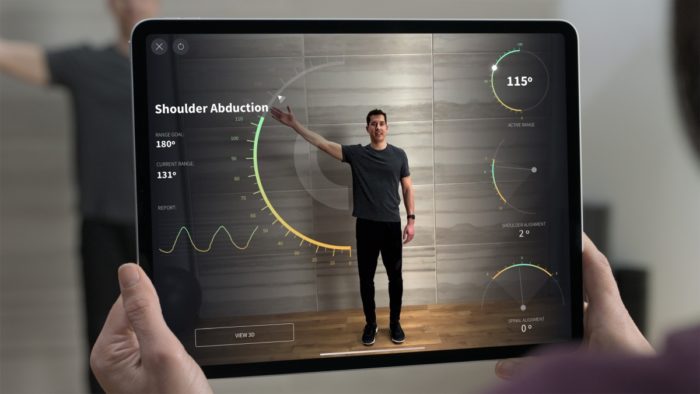 Thanks to trackpad support, Apple’s new iPads can also be used more like laptops — you can move a cursor across a screen to highlight different aspects of the user interface, select text in, and use touchpad gestures to switch apps, bring up the iPadOS Control Center, or use the Slide Over feature.

In other words, Apple didn’t just bring Mac-like touchpad gestures to iPadOS. The company tried to figure out how you’d use an operating system designed for touchscreens if you weren’t… touching the screen.

That should allow apps that weren’t specifically designed for trackpads to work reasonably well. But Apple says the latest versions of its iWork suite of apps are already optimized for trackpads.

The easiest/cheapest way to use the new feature is probably to connect any old Bluetooth or USB mouse to an iPad Pro. But Apple says its Magic Mouse 2, Magic Trackpad 2, and new Magic Keyboard are also supported. You’ll just probably end up paying more to use them. 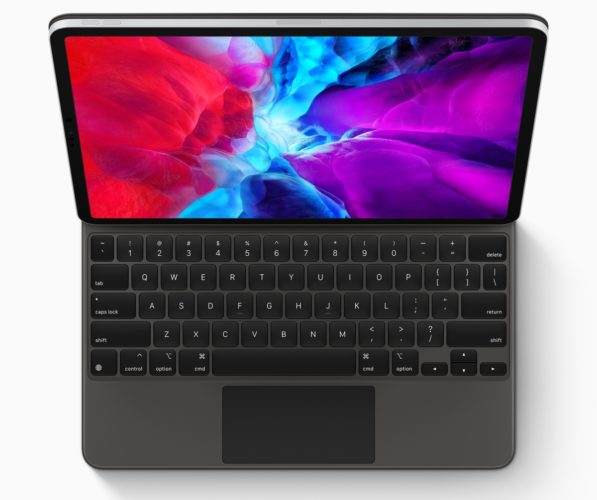 That said, these iPad keyboards aren’t just Apple’s first to feature a trackpad. They also have backlit keys, scissor switches with 1mm travel, and a USB-C port that can charge the iPad Pro while connected.

It’s also worth noting that you don’t necessarily need a new iPad Pro to take advantage of the new mouse and keyboard support. The feature will also be available for all iPads running iPadOS 13.4, which should begin rolling out to older models on March 24th.

Apple’s new iPad Pro also works with an optional 2nd-gen Apple Pencil (sold separately for $129), and if you don’t need the trackpad, the company’s Smart Keyboard Folio sells for $179 and up.

Other 202 iPad Pro features include support for 802.11ax WiFi, Bluetooth 5.0, and optional support for Gigbait 4G LTE — but there’s no 5G option just yet. 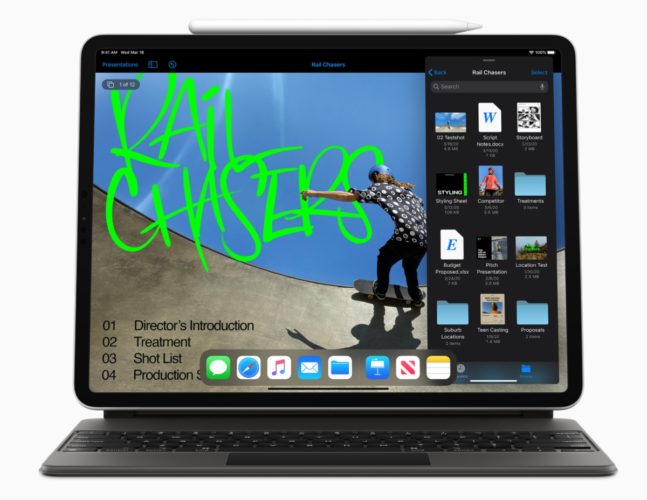