Like the company’s GPD P2 Max mini-laptop, the new model has a keyboard large enough for touch typing, as well as a trackpad. But like the smaller GPD Win 2 handheld game system, it also has built-in game controllers.

The new model is also the first GPD device to feature a 10th-gen, Intel Core Ice Lake processor. GPD has been slowly revealing details over the last few months, and now the company has released a few new images giving us our best look at the GPD Win max to date. 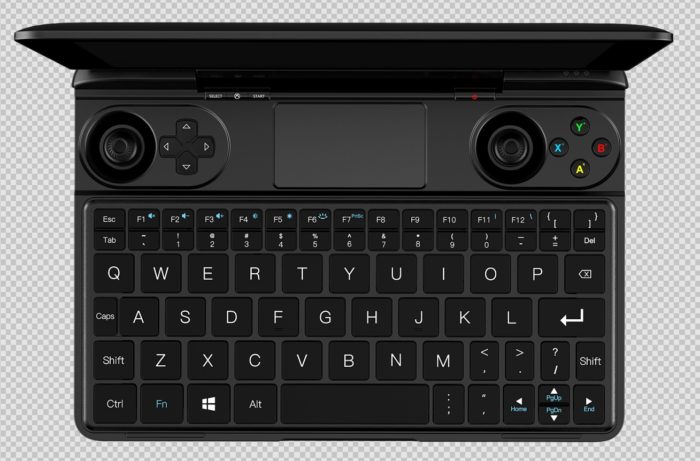 The pictures make it clear that while this little computer is jam-packed with features, the layout is a little strange.

But the system also has more ports than you’ll find on most handheld computers, including:

There’s also a switch on the side of the Win Max that lets you switch between mouse and gamepad modes — in mouse mode, you can use the D-pad to move a cursor.

GPD hasn’t announced the price or release date yet, but the company plans to launch a crowdfunding campaign sometime this year. Things have likely been delayed a bit due to the work slowdown in China due to the coronavirus/COVID-19 outbreak.

So far we do know that the GPD Win Max will be powered by an Intel Core i5-1035G7 processor with Intel Iris Plus graphics and that it will have a 1280 x 800 pixel display (probably around 8 or 9 inches, but that hasn’t been confirmed yet).

Other features include an M.2 2280 slot for solid state storage, dual fans to keep the system cool while gaming, and a backlit keyboard.