BlackBerry hasn’t actually made any smartphones in years. The BlackBerry KeyOne and Key2? Those were both made by TCL.

Now BlackBerry has announced its partnership with TCL is ending.  That means that after August 31st, 2020 there probably won’t be any new BlackBerry-branded smartphones unless the company can find another hardware partner. 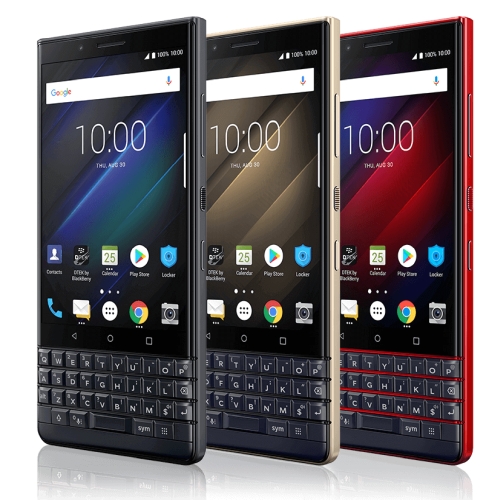 While BlackBerry was an early innovator in the smartphone space, the company was slow to adapt to the paradigm shift in the mobile space brought on by the rise of the iPhone and Android devices. The company eventually switched from using its own operating system and released a handful of phones like the touchscreen-only DTEK50, DTEK60 and the touchscreen + keyboard BlackBerry Priv before moving to a software-and-services model.

TCL’s BlackBerry-branded devices featured the BlackBerry name and some BlackBerry software and features. And they were probably the most prominent Android phones with keyboards in recent years. But while TCL hasn’t weighed in on its decision to end its partnership with BlackBerry, a statement shared by BlackBerry makes the move sound pretty final.

BlackBerry does say that it will continue to “provide support for the existing portfolio of mobile devices including customer service and warranty services until August 31, 2022 – or for as long as required by local laws where the mobile device was purchased.”

Meanwhile, folks looking for Android phones with physical keyboards still have a few options… although none of them come from companies with the history and reputation of BlackBerry or TCL.

The F(x)tec Pro 1 is a $699 smartphone with a slide-out keyboard, 2017-era specs (including a Qualcomm Snapdragon 835 processor) and support for stock Android software, LineageOS, or the Linux-based Sailfish operating system.

The Unihertz Titan, meanwhile, is a more affordable phone that’s up for pre-order for $320 and which is a straight-up Blackberry clone with a QWERTY keyboard beneath a 4.6 inch square display. It has a MediaTek Helio P60 processor and Unihertz raised over $775-thousand for the phone through a crowdfunding campaign last year.

5 replies on “TCL pulls the plug on BlackBerry smartphones”