As expected, the first Chromebook with a 4K AMOLED display is coming soon… although not quite as soon as expected.

The Samsung Galaxy Chromebook was supposed to launch in the first quarter of 2020, but according to a new listing at Best Buy’s website, it’ll actually go on sale April 6th (which is a few days into the second quarter). 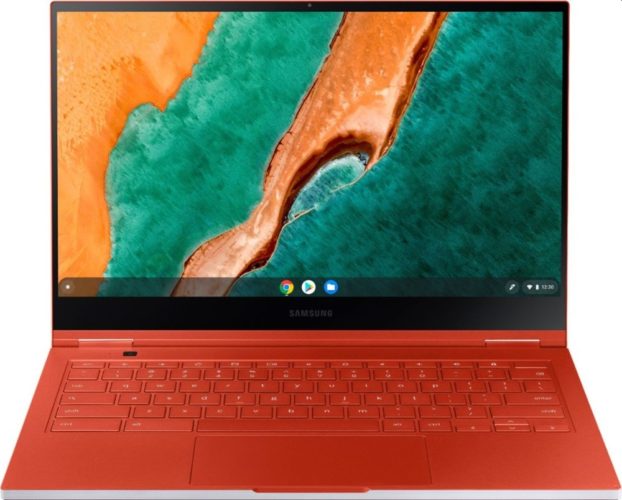 While there had been some earlier reports that the notebook would have optional support for 4G LTE (because the Samsung website said so), it turns out that’s not the case. About Chromebooks reports that Samsung has no plans to offer the option, and there was probably just an error on the website, which has since been removed.

The Samsung Galaxy Chromebook will be one of the most expensive Chrome OS laptops when it launches, but it’s also one of the most powerful thanks to its 10th-gen Intel Core processor and 8GB of memory. The 4K AMOLED display is probably the notebook’s key selling point, but if you’re looking for other reasons to justify the purchase, it’s also a thin, light, and versatile device that measures 0.4 inches thick, weighs 2.3 pounds, and has a 360-degree hinge allowing you to use the computer in laptop or tablet modes.

Other features include a dockable Samsung S-Pen, a touchscreen display, a backlit keyboard, fingerprint reader, and microSD card reader.

Oh, and the notebook has a fanless design.

via About Chromebooks and Android Police