After revealing the design and a handful of features of its next-gen game console in December, Microsoft is spilling the beans on some of the key specs and capabilities of the upcoming Xbox Series X.

The game console will be powered by an AMD Zen 2 processor with RDNA 2 graphics for up to 12 TFLOPS of GPU performance. Microsoft says that’s twice the performance of an Xbox One X, which makes a number of new things possible.

But if you still have some older Xbox games lying around, you’ll be able to play them on the new console — Microsoft says the Xbox Series X is backward compatible with every Xbox ever released, including the original model released in 2001 as well as the Xbox 360 and Xbox One. 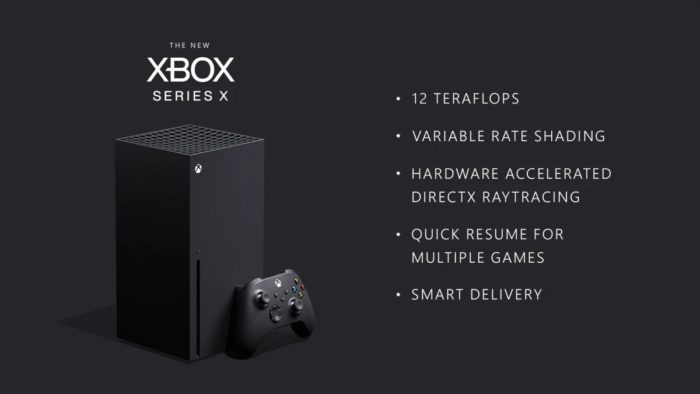 So aside from the processor, what’s actually new in the Xbox Series X? Here’s a short list:

Microsoft is also promising a “Smart Delivery” feature for some games that allows you to pay once and play on multiple Xbox devices. While it’ll be up to game developers and publishers to adopt Smart Delivery, it’ll be available on all Xbox Game Studios titles. That means, for example, that if you buy Halo Infinite to play on an Xbox One, you’ll be able to play the same title on an Xbox Series X without paying again.