Lenovo has 9 new ThinkPad laptops on the way. The company says its new ThinkPad X, T, and L business-class laptops will be available starting in the second quarter of 2020 and prices for some models will start as low as $649.

While features vary depending on the model, one thing that all of the new ThinkPads have in common is that Lenovo will offer them with a choice of 10th-gen Intel Core vPro or AMD Ryzen Pro 4000 Mobile processors.

These thin and light laptops sport 13.3 inch displays with support for up to a 4K OLED display or a 500-nit, full HD display with support for a privacy feature that lets you limit viewing angles to keep folks from spying at your screen over your shoulder.

The ThinkPad X13 clamshell-style notebook will sell for $849 and up, while the convertible tablet-style ThinkPad X13 Yoga will have a starting price of $1099.

Lenovo will offer models with up to to 2TB of solid state storage, and each model features Thunderbolt 3 and HDMI ports, WiFi 6 and optional 4G LTE support.

Lenovo’s business-class workhorses have Thunderbolt 3 ports, support for WiFi 6, up to 2TB of solid state storage, backlit keyboards, and support for optional features including a 4K display, FHD touchscreen, and 4G LTE.

Update: The AMD versions of these laptops will not have Thunderbolt 3 ports. 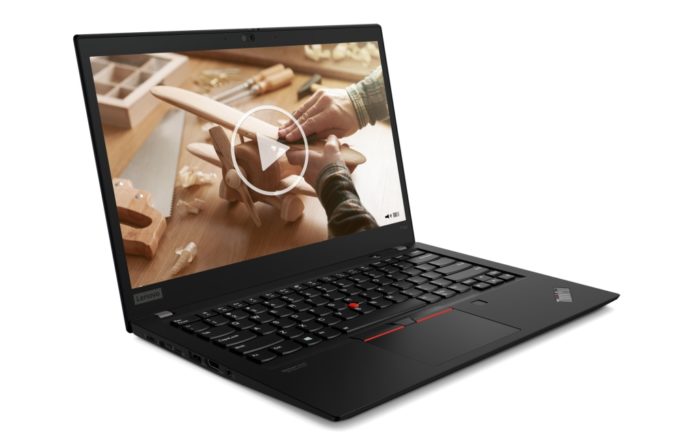 Lenovo’s slightly more compact ThinkPad T14s measures 17.2mm thick and weighs about 3 pounds thanks in part to a chassis made from magnesium as well as aluminum. The ThinkPad T14s tops out at 32GB of DDR4 memory, but has a higher capacity 57 Wh battery. It will sell for $1029 and up.

The Lenovo ThinkPad T15, meanwhile, is a 3.9 pound 15 inch notebook with a 57 Wh battery and support for up to 48GB of RAM and optional support for NVIDIA GeForce MX330 graphics. This model has a starting price of $1079.

These four laptops are the cheapest of the bunch, but they still include features such as WiFi 6, optional 4G LTE Cat 9, Dolby Audio, and a fingerprint reader.

Lenovo says the starting prices for each model will be: