Intel’s new “Lakefield” processors is the first chip manufactured using the company’s Foveros 3D technology. The company says that means that rather than laying out the components on a flat, pancake-like surface, Lakefield chips are more like a cake with multiple layers… if that cake measured just 12mm x 12mm x 1mm.

The design allows Intel to combine different types of processor technology into a single package — so Lakefield will be a 5-core processor with a single Intel “Sunny Cove” CPU core similar to what you’d find in the company’s Ice Lake chips, and four lower-power Tremont cores based in Intel Atom architecture.

And at least three computers with Lakefield chip are set to hit the streets in the coming year. 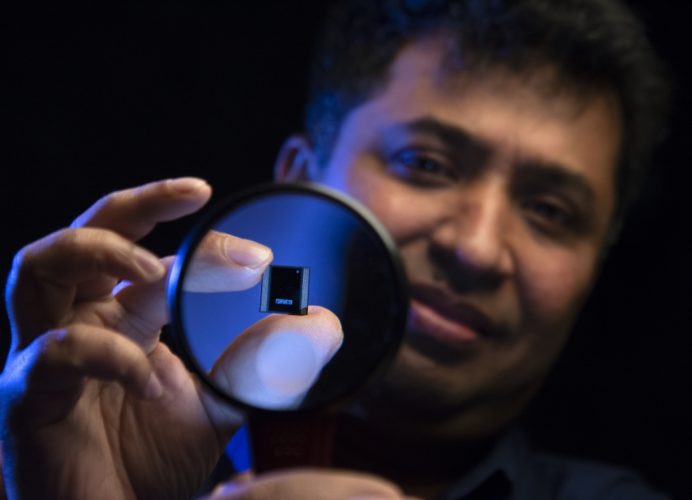 Intel has been talking about Foveros since late 2018 and we’ve been hearing about Lakefield for more than a year. So there’s not a lot of new information in a press release Intel issued this week — I think the company just wanted to highlight that it won an award for the technology recently.

But Intel did confirm something that had only been suspected up until now — the upcoming Lenovo ThinkPad X1 Fold tablet with a foldable OLED display will be powered by a Lakefield processor.

That means that at least three upcoming PCs will feature Intel’s new chip:

While these are the only Lakefield PCs announced to date, that doesn’t mean they’ll be the only models to ship this year. They’re just the only ones we know about so far.

In addition offering a balance between performance and power efficiency by combining Intel Core and Intel Atom architecture in a single package, Lakefield chips should be compatible with smaller system boards thanks to the compact size that comes from Foveros 3D stacking. That can be particularly helpful in thin and light devices like those listed above — and the less room the motherboard uses, the more space there is for batteries, which is another important consideration when building mobile computers meant to offer all-day battery life.

4 replies on “Intel: At least 3 PCs with Lakefield chips coming this year”