While smartphones have become a global phenomenon in recent years, speedy internet access isn’t quite as universal — many folks are still relying on relatively slow 2G or 3G wireless networks. So while many mobile app and web developers are taking advantage of the possibilities of high-speed wireless internet access, one of Google’s latest projects is optimized for low-power devices tied to slower networks. 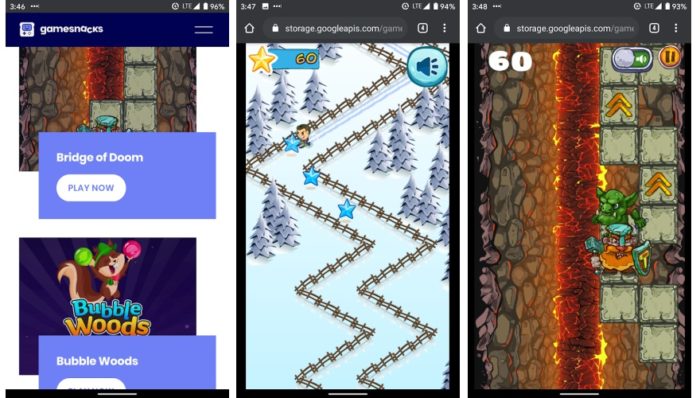 Google says the folks behind GameSnacks have worked to reduce the amount of data that needs to load initially when you visit a website. By compressing images, sounds, and scripts and allowing some content to load only when they’re needed, games can load more quickly.

The games are optimized to run on devices with 1GB of RAM connected to 3G networks with download speeds of 1 Mbps or slower.

You can find a half dozen playable web games at the GameSnacks website, and Google says it wants to work with more developers to speed up the page loading and performance of their games.

GameSnacks is part of Google’s Area 120 lab for experimental projects, which means it’s unclear what the future holds for these games. But the basic ideas behind the project should be useful for any developers looking to make sure their games or other web apps are accessible to as wide an audience as possible.