A few years ago a startup called Wonder announced plans to release a gaming smartphone that worked a lot like a Nintendo Switch. While you could use the device as a standalone smartphone, you could also attach controllers for mobile gaming sessions or connect it to a dock for gaming at home.

That phone never saw the light of day. And it probably never will. But the WonderOS platform that was supposed to power the phone will live on.

Atari has announced it’s acquired the assets of Wonder and plans to incorporate the company’s technology into its upcoming Atari VCS game console. 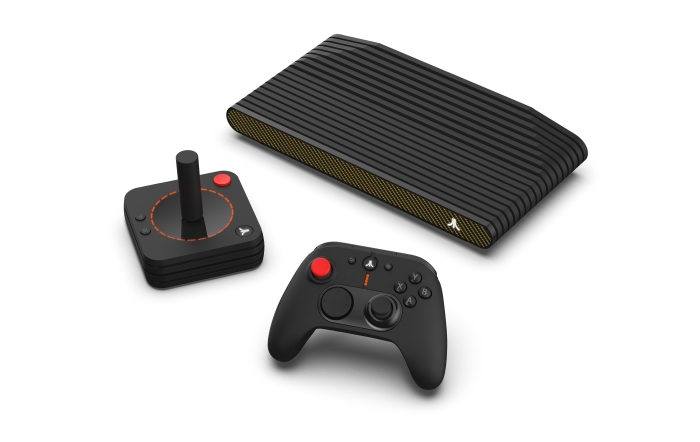 WonderOS is based on Android, while the Atari VCS was originally expected to ship with a Linux-based operating system. I have no idea if this deal means that Atari will change the underlying operating system or if the company has other plans for Wonder’s intellectual property.

While it would seem rather late in the game to make such a major change, the Atari VCS project has experienced some speedbumps along the way, and the console is already expected to support game streaming as well as native games. So maybe an OS change isn’t out of the question.

Anyway, here’s what Atari has to say about the acquisition:

As Atari continues to grow its mobile game business, and re-enter the home hardware market with the new Atari VCS, the WonderOS and mobile IP will make an important contribution in the coming years as the company drives to make mobile gaming and content streaming persistent and pervasive for consumers.