Intel has been investing heavily in improving graphics performance of its processors, and the company is starting to share details at the Consumer Electronics Show. Among other things, Intel has revealed the Intel DG1 graphics card with next-gen Intel Xe graphics.

The company has also made it clear that this isn’t actually a graphics card you’ll be able to buy and put into a desktop computer… and you probably wouldn’t want to anyway.

Instead it’s aimed at software developers. The chip maker is sending samples out to help ensure that by the time it is ready to ship processors with its next-gen graphics, third-party software is able to take advantage of the new GPU technology. 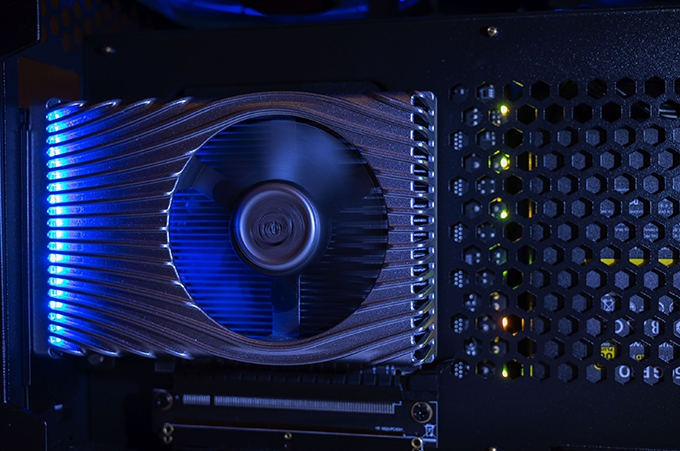 While the Intel DG1 looks a lot like the kind of desktop graphics card you’d expect from NVIDIA or AMD, it’s more of a laptop GPU crammed inside of a desktop PCIe card.

According to The Verge, the card has a 20-watt (give or take) GPU that can consume up to 40 or 50 watts. But it’s basically using the same GPU technology that will be featured in Intel’s upcoming “Tiger Lake” U-series laptop processors, which are expected to be chips that use around 15 to 25 watts for both the CPU and GPU. 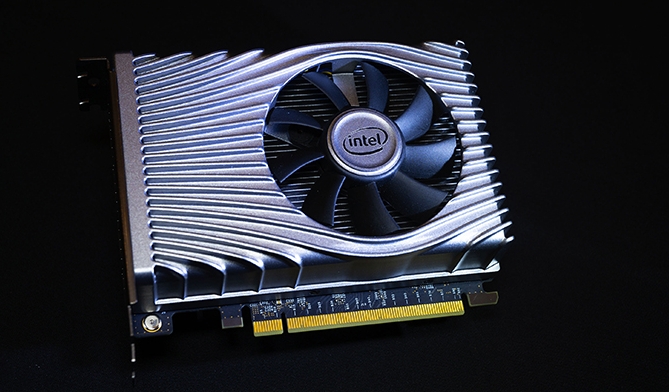 When Tiger Lake chips arrive later this year, Intel says they should offer twice the graphics performance of last year’s “Ice Lake” chips… which, in turn, offer up to 2X the performance of previous-gen U-series processors.

That could make discrete graphics like NVIDIA’s MX150/250 series GPUs unnecessary in entry-level thin and light laptops… although high-end gaming laptops will probably continue to ship with AMD or NVIDIA graphics.

Intel’s new GPUs aren’t just coming to Tiger Lake chips. During a keynote presentation earlier this week, Intel showed off a laptop with a discrete Intel DG1 GPU playing Destiny 2 at 1080p resolution and 60 frames per second. It’s unclear if the company will ever offer discrete GPUs to laptop makers or if Intel just plans to include use Intel Xe graphics technology for the integrated GPUs in upcoming processors.

But they won’t all be low-power, laptop-class processors.

via Intel, The Verge, Gizmodo, and WCCFTECH