Before there were laptop computers as we know them today, there were theoretically portable systems like the Osborne 1 which included keyboards, tiny screens, disk drives and a case designed to be folded up so you could take the PC with you. You needed to plug in a battery for truly mobile computing though.

We’ve come a long way since the Osborne 1 was released in 1981. But the Reviiser CyberDeck is a modern take on this kind of classic “luggable” computer. 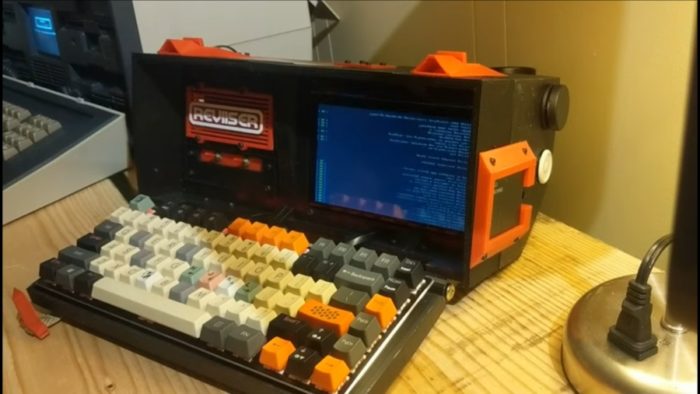 The Reviiser CyberDeck is a work-in-progress portable PC designed by Dave Estes, and it features:

While the system is awfully clunky by modern PC standards, it has a sort of retro-cool factor, and it’s theoretically portable thanks to a folding design.

Estes plans to share a parts list and 3D design files in the future for folks looking to design their own.