As promised, OnePlus is showing off its first concept device at the Consumer Electronics Show in Las Vegas this week… and the most interesting new feature is the one the company already told us about last week.

The Oneplus Concept One has an “invisible camera” system with electrochemical glass that changes to black when you’re not using the rear cameras, giving the black camera strip a nearly seamless look.

What’s a bit weird is that it’s not like the entire back of the phone is black — the other new features in this concept device are the materials used to build it. 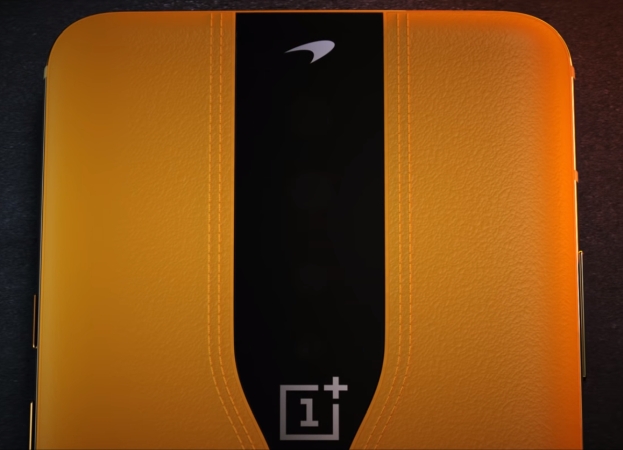 OnePlus appears to want in on the luxury phone market, because the phone’s aluminum frame is covered with 24-carat gold, and the black glass camera strip is surrounded by orange stitched leather, giving the OnePlus Concept One a design that… quite frankly looks like it was borrowed from the Huawei Porsche Design line of phones.

Folks who got a chance to check out the OnePlus Concept One in person report that it takes about a second for the camera glass to transition from black to transparent, or vice versa — which means that by the time you open the camera app on your phone and prepare to take a picture, the cameras should have an unobstructed view. And by the time you close the app, the cameras will seem to disappear.

OnePlus hasn’t committed to bringing this phone to market, and it’s unclear if the invisible camera or leather-and-gold materials will show up in any future products from the company. But showing off new ideas at a major electronics industry show seems like as good a way as any to gauge interest in the ideas.

via Gizmodo and Android Police