MSI is bringing several new gaming laptops to the Consumer Electronics Show this week, including the MSI GE66 Raider with a 99.9 Wh battery (the largest you can take through TSA security at airports) and panaromic aurora lighting.

It also joins the relatively small list of gaming laptops with 300 Hz displays.

But if you have your heart set on a relatively thin computer, the MSI GS66 Stealth gaming laptop may be the way to go — it also has a 99.9 Wh battery and optional support for a 300 Hz display. But as part of MSI’s Stealth line of products, it’s designed to be unusually compact for a gaming PC. 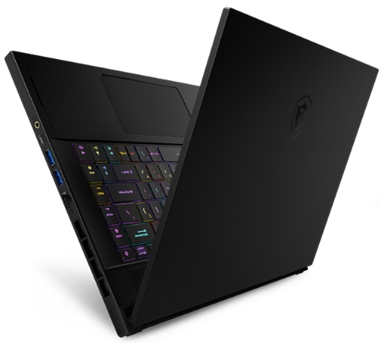 Among other things, that means it has a triple-fan cooling system with “the world’s thinnest fan blades,” in order to keep the laptop’s Z-height low.

Other new MSI laptops include the previously-announced MSI Creator 17 with a mini-LED display and support for HDR 1000, and an updated version of the MSI Prestige 14 laptop which basically takes the specs of a gaming laptop and shoves them into a white chassis to make the laptop feel a little less like gaming hardware and a little more like a content-creation machine.