It’s been years since Motorola has been a top five smartphone maker, but it’s not for lack of trying.

The company’s Moto G smartphones have a reputation for offering decent features at a budget/mid-range price. The Moto Z line is unique for continuing to support modular “MotoMod” add-ons year after year. And lately the company has launched a line of Moto One devices with unusual features like a macro camera, an action cam, or big batteries.

The next big thing from Motorola is a modern take on the Razr flip phone with a flexible display. But it looks like the company also plans to launch its answer to the Samsung Galaxy Note series soon.

A series of leaks point to a new model called the Moto G Stylus that will likely be a mid-range device with a stylus. 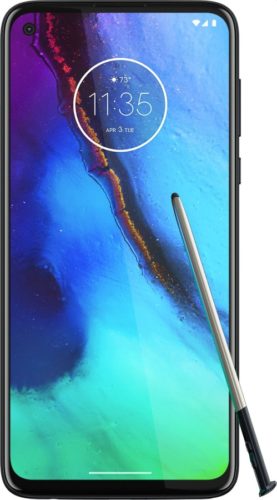 Earlier this week @evleaks posted a picture of the upcoming phone. While the device hasn’t been officially confirmed by Motorola, Evan Blass has a pretty strong track record with this sort of leak, and fairly high standards (if he’s unsure that a product is real he either says so or doesn’t post it at all).

Yesterday he followed up with a name for the phone — the Moto G Stylus.

While Blass hasn’t said anything about the phone’s specs, the Moto G branding suggests that this will be a mid-range device that will likely sell for somewhere between $200 and $400. That could make it a much more affordable option than Samsung’s stylus-enabled Galaxy Note smartphones… albeit one that will likely have less impressive processor, memory, and storage options.

One thing we do know from the photo is that the Moto G Stylus will have a display that covers almost all of the front of the phone, with a small bezel on the bottom and a small hole-punch in the screen for a single front-facing camera.

Most recently, the folks at 91Mobiles posted what’s allegedly a real-world set of pictures of the Moto G Stylus, giving us a look at both the front and back of the phone. It look like we can expect four rear cameras, including a 48MP primary camera.

91Mobiles also says one of the other cameras is a 117-degree wide-angle action camera, and the site has sources that suggest the phone will have a 6.3 or 6.4 inch display, a Qualcomm Snapdragon 6xx series processor, 4GB of RAM, 128GB of storage, and a 4,000 mAh battery. But I’d take those specs with a grain of salt for now. 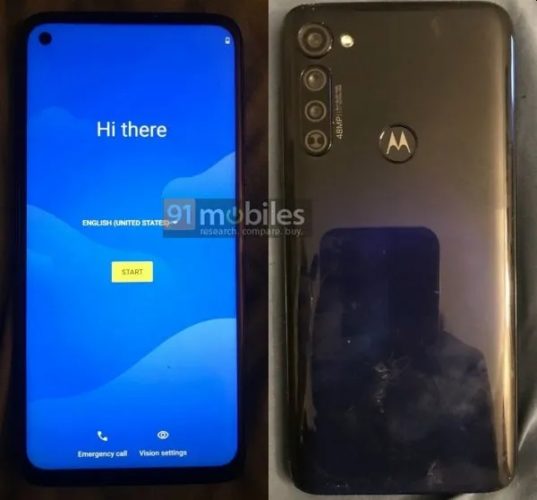 We probably won’t have long to wait for more details — Motorola is expected to unveil several new phones at Mobile World Congress in late February.