Lenovo’s new 8th-gen ThinkPad X1 Carbon thin and light laptop comes less than half a year after the company introduced its 7th-gen model… so maybe it shouldn’t come as a surprise that the new version looks virtually identical to its predecessor.

The similarities aren’t just skin deep though — not only is the body of the laptop unchanged, but so are the processor options. The new Lenovo ThinkPad X1 Carbon Gen 8 is available with the same 10th-gen Intel Comet Lake processors (up to a 6-core Core i7 chip with vPro) as last year’s model.

But there are a few changes that help justify the new name. 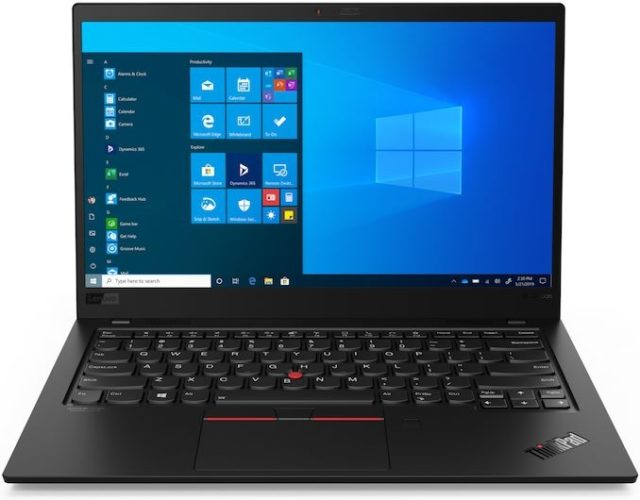 First up, the new Lenovo ThinkPad X1 Carbon has support for new display options including a 500-nit FHD display and/or a PrivacyGuard screen that lets you limit the viewing angles on the display to keep people sitting near you from seeing what you’re looking at.

And… that’s about it. If none of those are must-have features for you, then you might be able to save a few bucks by picking up a Gen 7 model instead. The new ThinkPad X1 Carbon should hit the streets later this year for $1499 and up.

The 14 inch laptop weighs 2.4 pounds and will be available with up to a 4K display, up to a Core i7 processor, up to 16GB of LPDDR3 RAM, p to 2TB of PCie solid state storage. It features two Thunderbolt 3 ports, an HDMI 1.4 port, and two USB 3.1 Gen 1 Type-A ports, plus a 51 Wh battery and an HD webcam and IR camera with a ThinkShutter that you can slide over the front to block the cameras when you’re not using them.

via Lenovo and AnandTech