As promised, Lenovo plans to launch its first Windows tablet with a foldable pOLED display this year. The Lenovo ThinkPad X1 Fold is a 13.3 inch tablet when folded flat, but thanks to a flexible display and a hinge, you can close it up like a book for portability.

You can also hold it like a book and view two different pages side-by-side… but since it’s a Windows device and not just an eReader, you can also use the portable computer to view one app on the left side and another on the right, span apps across the full display, or bend the ThinkPad X1 Fold and place it on a table, desk, or lap and use the bottom as a keyboard while viewing content on the top. 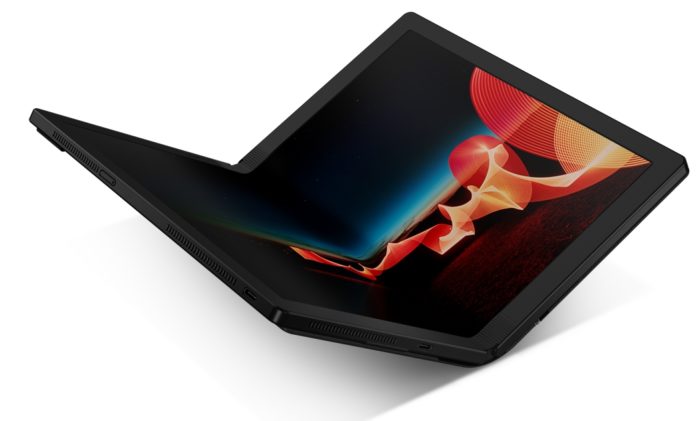 That’s a steep price if you’re comparing the tablet to other Windows laptops and tablets. But it’s not all that surprising when you consider the high price tag of foldable smartphones like the Samsung Galaxy Fold and Motorola Razr.

Under the hood, the ThinkPad X1 Fold will be powered by an unspecified Intel Core processor with Intel UHD 11th-gen integrated graphics. The tablet, which is said to have been co-designed with Intel also features 8GB of LPDDR4X 4267 MHz RAM, up to 1TB of NVMe solid state storage, a 50 Whr battery, and two USB Type-C ports. 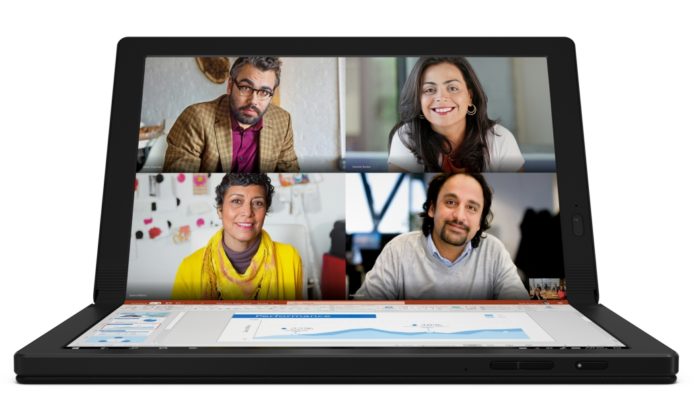 While the ThinkPad X1 Fold will likely ship with Windows 10, the plan is to offer Windows 10X after Microsoft releases its new operating system optimized for dual-screen and foldable devices later this year.

Lenovo will ship the ThinkPad X1 Fold with a leather folio cover (with a built-in kickstand), an active pen, and a Lenovo Fold Mini keyboard.