HP is updating its HP Spectre x360 15 premium thin and light convertible laptop with a new model that’s smaller than last year’s, but which offers more power thanks to support for up to a 10th-gen Intel Core i7 processor and NVIDIA graphics.

The new 2020 HP Spectre x360 15 is also only available with a 4K touchscreen display. HP has eliminated the 1080p option altogether. 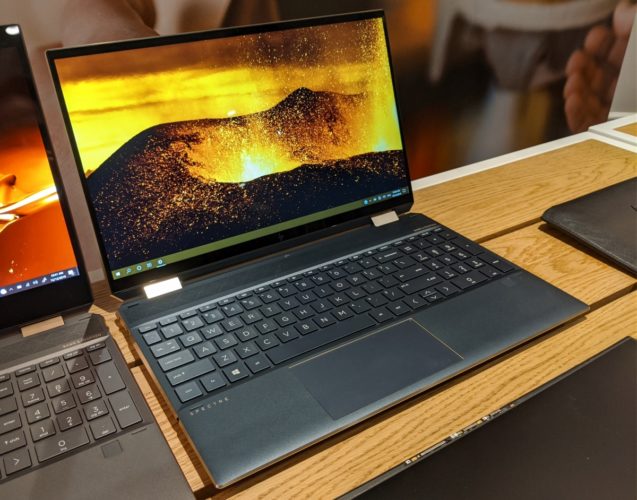 Worried about what that means for battery life? HP says this year’s model is available with 2 watt display panel that’s just about as efficient as the lower-resolution displays used for previous generations. That said, you can also configure the laptop with an optional OLED display if you want vivid colors and don’t mind the shorter battery life that comes with a display that consumers around 6-7 watts of power.

The new HP Spectre x360 15 has smaller top and bottom bezels, resulting in a chassis that’s about 17mm smaller than last year’s model. But all the key features are still in place including a backlit keyboard, a Windows Hello-compatible webcam (above the display), and a fingerprint sensor.

HP has also kept the full-sized HDMI port as well as a Thunderbolt 3 and USB Type-C ports and a single full-sized USB Type-A port. 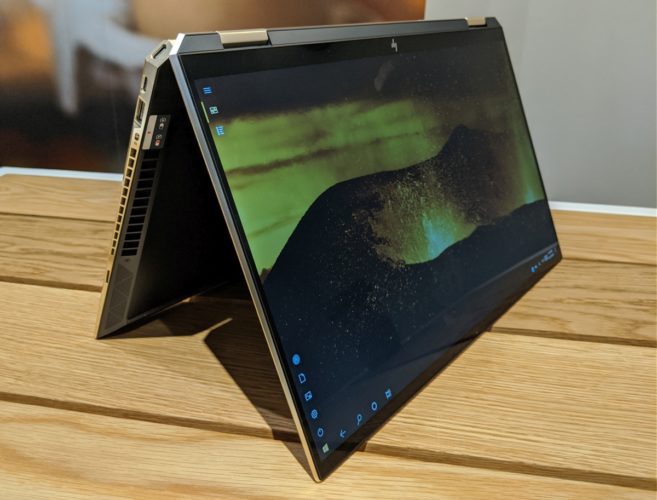 The laptop supports HP fast charge, allowing you to get up to a 50-percent charge by plugging in the laptop for 30 minutes. And there’s a physical kill switch that can disable the camera when it’s not in use. HP also added a dedicated mic mute key to the keyboard. 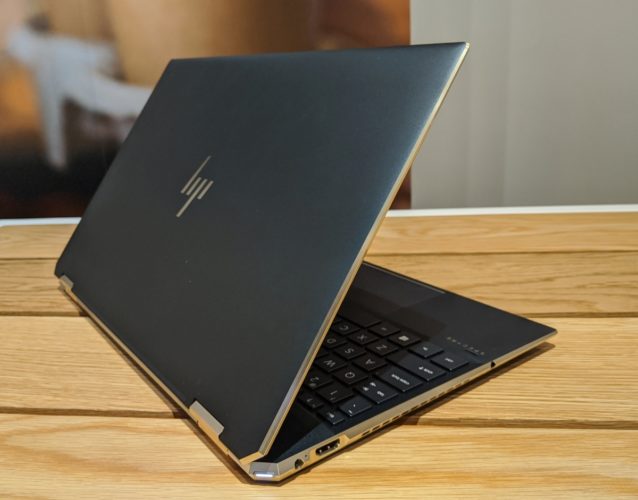 HP will offer models with up to an Intel Core i7 processor, up to 16GB of DDR4 memory, and up to 1T of solid state storage plus a 32GB Intel Optane memory module.