Dell is expanding its business laptop lineup with the introduction of the first Latitude 9000 series notebooks, starting with the 15 inch Latitude 9510.

This premium, business-class laptop features large display, but a compact design — it measures less than 0.7 inches thick and has a starting weight of just 3.2 pounds.

The Dell Latitude 9510 will be available starting March 26th with support for up to a 10th-gen Intel Core i7 Comet Lake processor, 16GB of onboard memory, and up to 1TB of solid state storage. 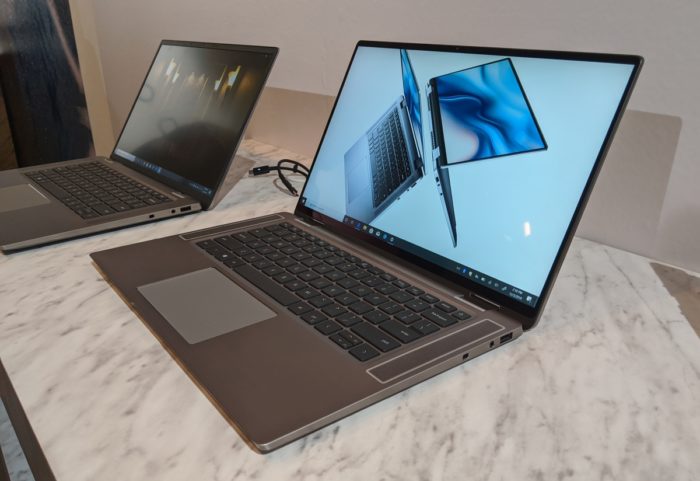 Dell is offering two different versions of the Latitude 9510 — the same model number describes a clamshell-style notebook with a 1920 x 1080 pixel non-touch display or a convertible tablet-style model with a 1080p touchscreen display and active pen support.

One feature this laptop doesn’t have is a numeric keypad — something you’ll find on many other 15 inch laptops aimed at business users. But Dell says the Latitude 9510 is aimed at the kind of road warriors who are more likely to need a machine for delivering presentations on the go than one that can crunch numbers in spreadsheets.

Also, the 5G antennas take up a lot of space, and putting a numeric keypad on the right side of the laptop could have interfered with reception on 5G capable versions of the laptop. 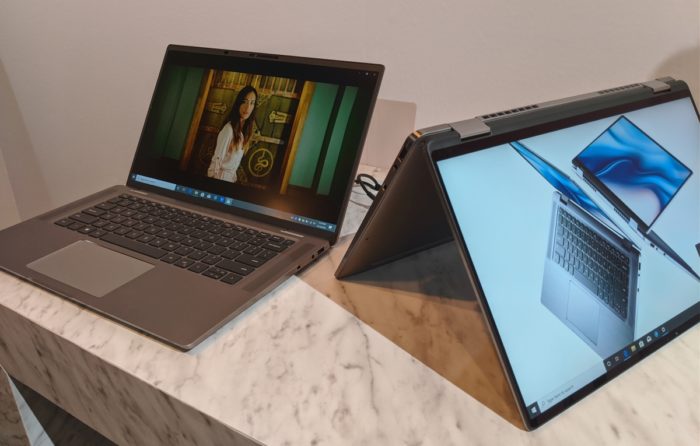 Dell kept the size and weight of the laptop down by opting for slim bezels around the display and lightweight materials including a magnesium alloy chassis (with an aluminum lid). But the starting weight of 3.2 pounds only includes 52 Wh battery. If you want longer battery life, then you can opt for an 88 Wh battery that’ll make the notebook a little heavier.

Ports include a full-sized HDMI 2.0 port, two Thunderbolt 3 ports, a USB 3.1 Gen 1 Type-A port, and an SD card reader. There’s a fingerprint sensor in the touchpad, and a Windows Hello-compatible IR camera in the top bezel. 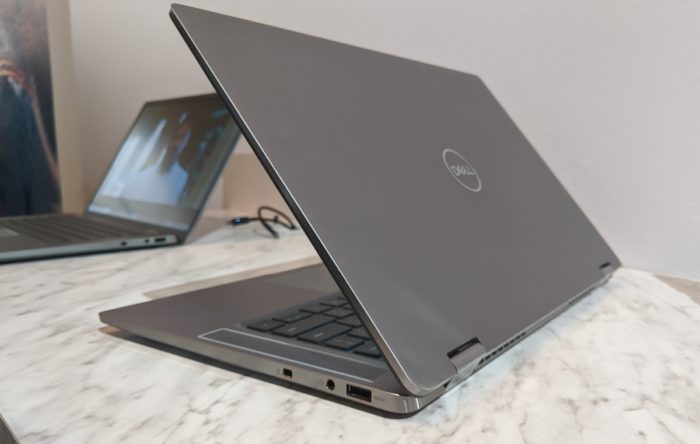 Just about the only think you’re likely to miss is an Ethernet port, but all it takes is a docking station or a cheap USB to Ethernet dongle to connect to wired networks.

Dell says it’ll eventually launch 9000-series Latitude laptops with other screen sizes. But the 15 inch Latitude 9510 will be the first out of the gate when it goes on sale in March 26th. It’s expected to sell for $1799 and up.