Russian luxury device and accessory maker Caviar has a habit of offering ostentatious products. But the new Caviar Cyberphone takes things to a new level — and a rather odd one at that.

Here’s the idea: Take the guts of an iPhone 11 and replace the body with a new case with an angular design inspired by Tesla’s Cybertruck. Or to put it another way, a retrofuturistic design that seems akin to what people in the 1970s thought cars of the future would look like.

That said, unlike some Caviar iPhone mods, the Cyberphone actually seems kind of useful (if overpriced). 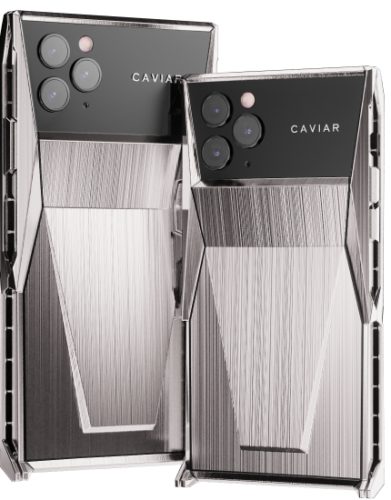 The heart of the phone is basically what you’d get from Apple: an iPhone 11 with an Apple A13 processor, a 5.8 inch OLED display (or a 6.5 inch screen if you opt for the iPhone 11 Max model), and triple rear cameras.

But the outside is covered with a Titanium case that wraps around the back, sides, and front of the phone, offering additional protection. When you want to use the phone, you can just flip the front cover around — and it can also fold in a way that allows the case to function as a stand for the phone. 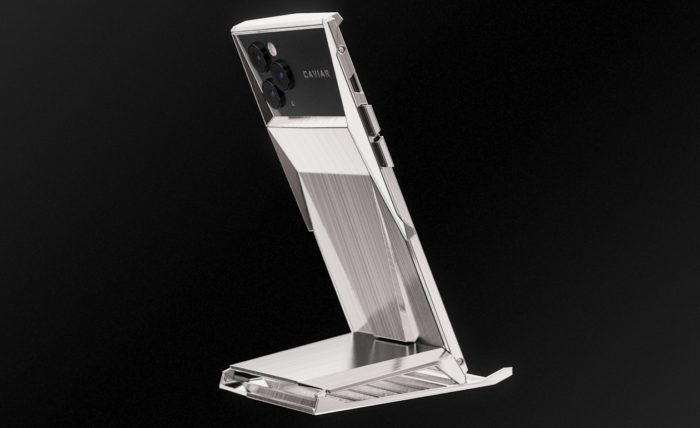 That said, there’s no way anyone should buy this thing — Caviar doesn’t list the price on its website, because you have to request a quote for something this unusual. But GSM Arena reports that prices start at $5,265.

If that doesn’t scare you, then you’d probably better act fast, because Caviar plans to only make 99 units of the Cyberphone.