While Canonical’s Ubuntu operating is one of the most popular desktop GNU/Linux distributions, the folks at Canonical have been pushing cloud services pretty hard in recent years (because that’s where the money is). The latest example? Canonical’s new Anbox Cloud solution, which lets developers host mobile apps in the cloud.

Basically the idea is that instead of running an app or game on your phone, you’d be able to stream it over the web from a remote server. Theoretically this opens the door to running apps and games on any internet-connected device at any time, regardless of whether it’s a $100 smartphone or a $3000 laptop — because the operating system and processing power are all hosted in the cloud, which means it’s almost irrelevant how much processing power the device you’re using has.

It’s similar to the approach NVIDIA, Microsoft, Google, and others have been taking with game streaming in recent years… but it’s designed specifically for Android apps. 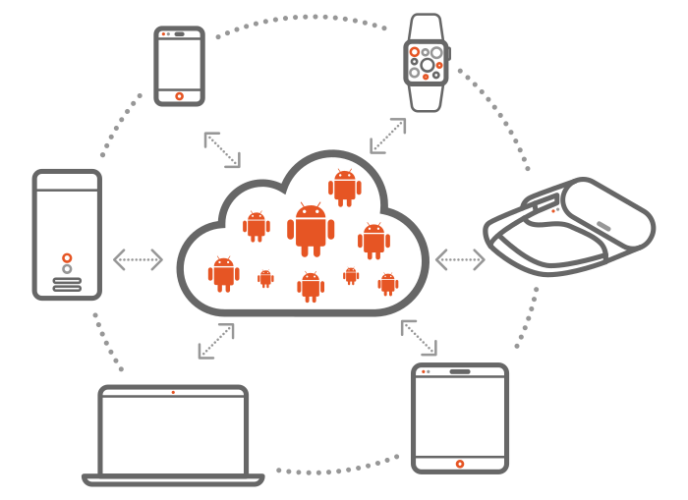 If the name Anbox sounds familiar, that’s because it’s been around for a while — Anbox is a tool that allows you to run Android apps on any GNU/Linux-based operating system by putting Android into a container that runs within the Linux environment.

What Canonical brings to the table is the ability to host Anbox on a server so that instead of running apps locally on your phone, tablet, or smart TV, you can stream them over the internet.

It’s unclear if or how this platform will take off — if it’s not widely adapted by developers or service providers, then you may never really have a chance to stream premium games on a $129 smartphone using Anbox Cloud. But if it is widely adopted, it could theoretically ease the need to buy phones with bleeding-edge specs (assuming you have an unlimited data plan and don’t care too much about things like screen and camera quality… OK, so maybe this just means folks who do have cheap phones will be able to play games that might not otherwise work).

Or maybe it’s just another way for developers and service providers to get you to sign up for subscription content.