Intel’s NUC Compute Element is a computer-in-a-module that features a processor, memory, storage, a fan, and other key components. But it’s not quite a self-contained computer — instead it’s designed to be part of a modular system.

Slide it into a compatible computer case and you can connect a keyboard, mouse, display, graphics card, or other components.

And it looks like there will be at least (Update: five) compatible cases this year. Intel’s own Ghost Canyon NUC will be a complete solution that includes a Compute Element and chassis. The Razer Tomahawk will be available either as a complete system or as a bring-your-own-element case. And the Cooler Master NC100 is another chassis which is designed for Intel’s NUC Compute Element.

Update: It looks like you can add an ADATA XPG GAIA compact computer to the mix. And the Akasa Venom QX too. 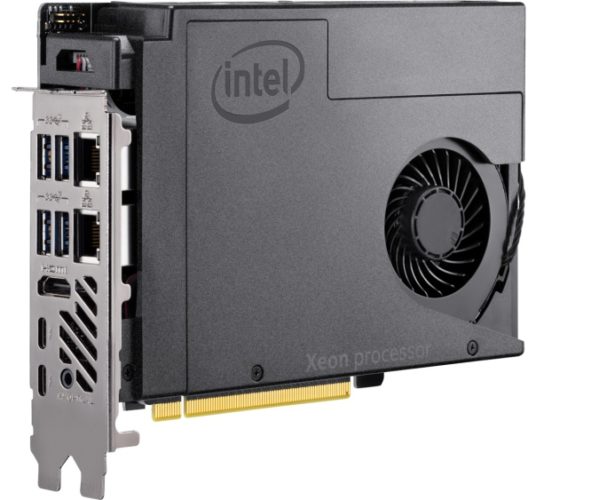 According to reports from TechPowerUp, CDRInfo, and HardwareZone, the ADATA XPG GAIA line of mini-desktops we’d heard about will come in two versions. Both have 5-liter cases, but while one model has a Mini-ITX motherboard with a socket for supplying a CPU, the other is basically an Intel Ghost Canyon NUC clone with room for an NUC Compute Element.

ADATA says the GAIA was “developed in conjuection with Intel” and supports PCIe cards up to 8 inches. It also has a 500-watt PSU.

It’s also Akasa’s first actively-cooled NUC chassis. Up until now all of the company’s cases for Intel’s tiny computers have been passively cooled cases designed to turn an NUC into a fanless system. Hoping for a fanless Ghost Canyon-style case? Those are on the way too — Akasa says it plans to launch the Turing QX and Galileo QX passively cooled NUC 9 cases later in the first quarter of 2020.

Cooler Master’s NC100 is a 7.5L chassis that comes with a power supply and an NUC Compute Element-compatible baseboard. Buy an NC100 and you can bring your own PC module and graphics card.

The Verge reports that the NC100 is mid-way between the size of the 5L Ghost Canyon NUC and the 10L Razer Tomahawk, giving the components some room to breathe while still not taking up too much space on your desk.

It’s expected to sell for $200, but you’ll probably have to spend another $1000 or so to get an entry-level NUC Compute Element with an Intel Core i5 processor, or substantially more for a model with a Core i7 or Core i9 chip. And don’t forget to add in the price of a discrete graphics card.

Still, the fact that there are going to be at least three third-party cases for the NUC Compute Element this year seems like a major win for Intel.

And it represents a big change since the last time Intel tried its hand at modular computing.

Three years ago the chip maker introduced the Compute Card at CES. The idea was to stuff the guts of a low-power computer into a credit card-sized device that would serve as the removable/upgradable brains of anything from laptop or desktop computers to smart TVs, appliances, or vending machines. 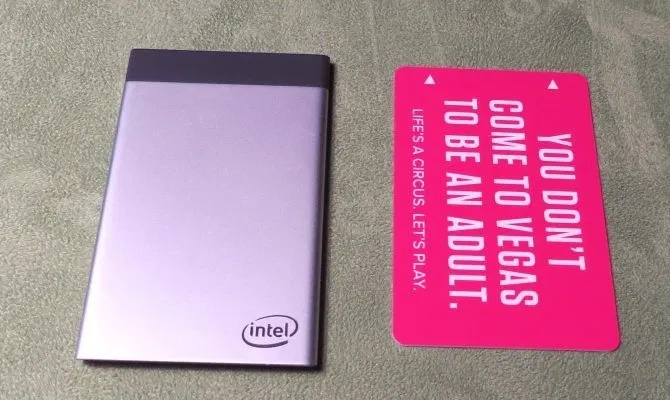 The idea never really caught on, and last year the company discontinued production of its Compute Cards.

In some ways, the NUC Compute Element feels a bit unnecessary. It’s not like it’s that hard to assemble your own gaming PC by purchasing the motherboard, processor, graphics card, memory, and storage that you want. Desktop PCs have always been modular in that way.

But the new modular concept does help simplify things — and also saves space by cramming a lot of key components into a compact, removable module.

Theoretically you could buy an NUC Compute Element with a 9th-gen Intel Core i7 processor today, and upgrade to a 10th or 11th-gen version sometime down the road… if Intel continues to support this platform with new hardware. But it’ll be a relatively expensive proposition — there’s no way to upgrade the CPU without replacing the entire Compute Element. 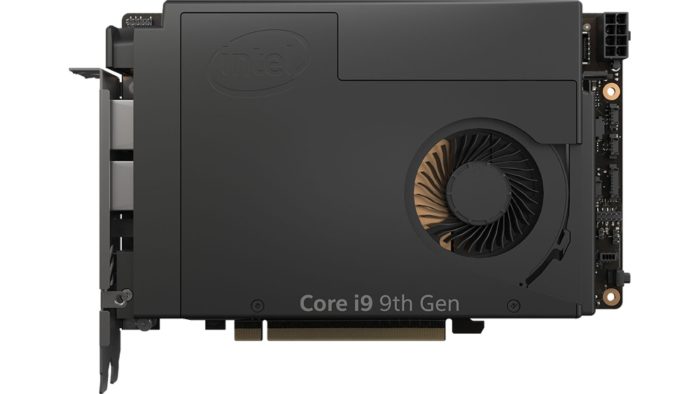 The good news is that RAM and storage upgrades should be a little simpler, since you can open up the Element and access its two DDR4 SODIMM slots and two M.2 slots for NVMe solid state storage.

The first Intel NUC Compute Elements should be available sometime around the second quarter of 2020, which is also when the Razer Tomahawk, Cooler Master NC100, and Intel Ghost Canyon NUC should hit the streets.