As suggested by a Microsoft blog post last week, Acer is updating its line of entry-level laptops for the education market. The company has a new Chromebook with 10th-gen Intel Core processor options, and two new Windows laptops designed for use in the classroom.

The new PCs should be available in April with prices starting at $239 for the clamshell model and $329 for the convertible tablet-style TravelMate Spin B3. 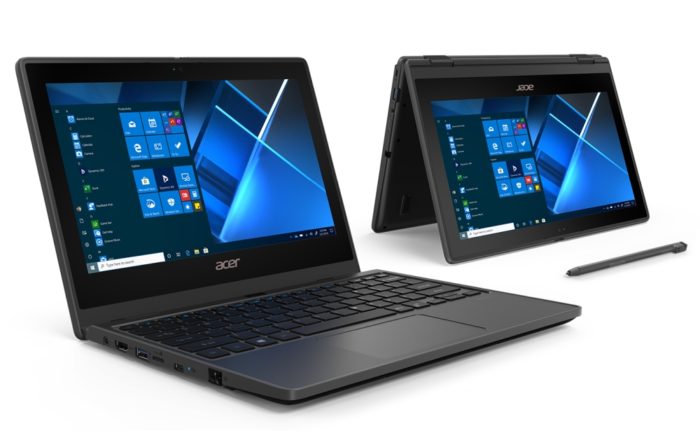 But that’s for a top-of-the-line model. Entry-level specs are less impressive (1366 x 768 pixel display, Celeron N4020 processor, 4GB of RAM, and 64GB of eMMC storage). Still, it’s nice to see that even entry-level Chromebooks are now coming with more than 2GB of memory and 16GB of storage.

Acer offers a choice of 1280 x 720 or 2560 x 1920 pixel webcams and some models also come wit support for a Wacom AES digital pen that can be docked when you’re not using it.

Acer’s TravelMate B3 clamshell laptop has the same basic specs and design, but lacks some of the options and features found in the convertible model. 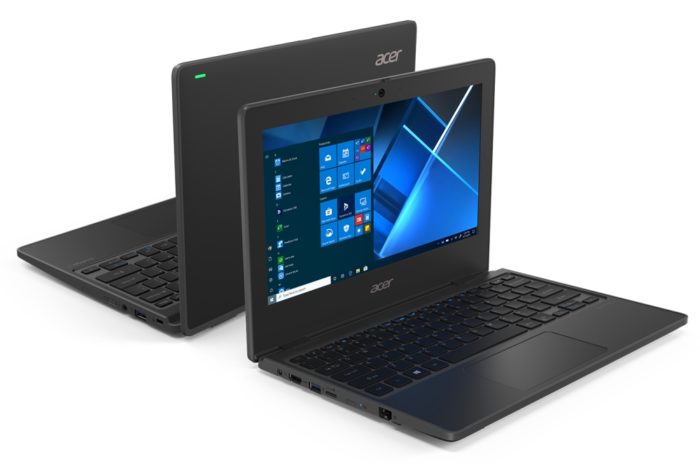 The processor, memory, and storage options are the same, for example. But Acer will only offer a 1366  x 768 pixel non-touch display. The only webcam option is a 720p camera. And there’s no pen input option.