Most modern smartphones feature color LCD or OLED displays. But every now and then a phone maker decides to buck the trend and put out a handset with an E Ink display.

They’re not particularly common. They’re not usually all that cheap. And the E Ink display is sometimes paired with a color display on a dual-screen phone in order to make up for the shortcomings of electronic paper.

But the Hisense A5? It’s a relatively affordable smartphone with a single 5.84 inch E Ink display and Android 9 Pie software. It’s available from AliExpress for $235 and up, but Gearbest is currently selling the HiSense A5 for just $220.

The only catch? Depending on where you live, the Hisense A5 may be a better eReader or small tablet than it is a phone. 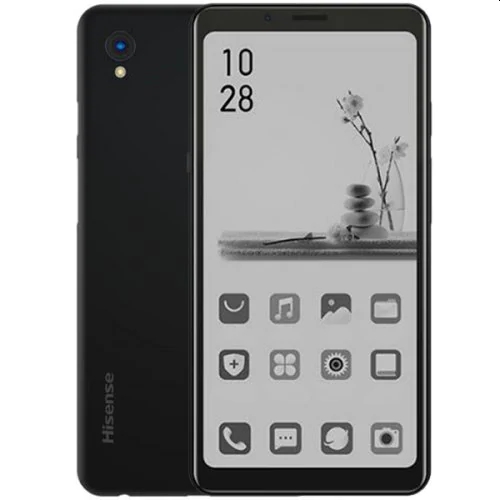 That’s because it has relatively limited support for US wireless networks. If you’re happy with 2G or 3G performance, AT&T coverage should be pretty good. But the phone only supports some of AT&T, T-Mobile, Sprint, and Verizon’s 4G LTE network bands.

Still, at $220, the Hisense A5 is cheaper than an Amazon Kindle Oasis, and arguably more versatile.

Since it’s an Android device, you should be able to run just about any Android app on the phone — including the Kindle app as well as Kobo, Nook, or Google Play Books apps, just to name a few. Games, web browsers, and calendar apps should also work — but the relatively slow screen refresh rate might make interacting with some apps challenging.

So the price isn’t bad at all if you think of the Hisense A5 as a pocket-sized eReader that you can also use as an MP3 player and personal organizer.

If you’re thinking of it as nothing but an eReader though, there are a few down sides. The user interface isn’t optimized for reading the way a Kindle or NOOK UI is. WiFi tops out at 802.11n and Bluetooth at 4.2. The screen is front-lit, but it doesn’t support adjustable color temperature. And unlike the Kindle Oasis, the Hisense A5 is not waterproof.

On the other hand, you might be able to use it as a phone.