For the fifth year in a row, Samsung plans to showcase projects at the Consumer Electronics Show that were developed by employees as part of the company’s C-Lab incubator program.

In past years Samsung has showcased products including wearable, directional speakers, AR and VR devices, and hard to categorize gadgets like TipTalk (now known as Sgnl), a watch that uses bone conduction to turn your finger into a Bluetooth headset for your phone.

Some gadgets that start out as C-Labs projects eventually lead to spin-off companies. Others… don’t.

This year’s lineup include a couple of intriguing software and hardware solutions — although most of them appear rather niche and/or gimmicky. 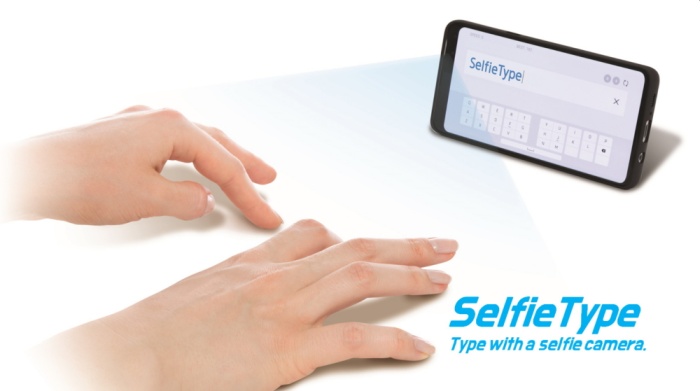 For example, SelfieType looks pretty cool at first glance, but I suspect it won’t actually be all that useful in real life.

Here’s the pitch — it’s a virtual keyboard that uses the front-facing camera on your smartphone to track the movements of your fingers as you “type” by tapping an imaginary keyboard on a table or other flat surface in front of your phone.

As someone who can type 3-4 times faster on a laptop keyboard than I can with an on-screen smartphone keyboard, I want to like this idea. But the truth is that it’s not all that different from gadgets which use a projector to display a virtual keyboard on a table and track your finger movements — and those gadgets have been around for years. They’re not great to actually use, and it’s a product category that’s never really taken off.

It’s neat that SelfieType manages something similar using gear you probably already have (a smartphone with a front-facing camera). But you don’t get the keyboard projection, which makes this even tougher to use — there’s no good way to know if your fingers are in the right position until typos appear on the screen.

I want to like this idea, but I’m skeptical. 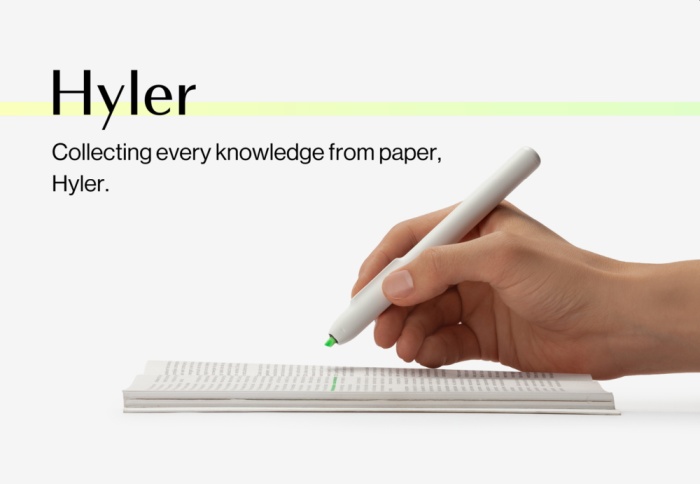 The Hyler project seems a little more viable… if not all that original. It’s a highlighter with digital scanning technology baked in.

Use the highlighter pen to mark up words on a written page, and Hyler will scan the words at the same time and sync them with an app so you can view your highlighted text even when the book isn’t around (or just when you want to see the highlights all in one place).

There are plenty of “pen scanners” already on the market. Hyler looks a little different than most, in that it’s also a physical highlighter, but that’s about it.

Other new C-Lab projects Samsung plans to show off at CES include:

One reply on “Samsung’s latest C-Lab projects include virtual typing, a smart highlighter and more”