While most of next year’s flagship Android phone will likely sport Qualcomm’s new Snapdragon 865 processor, the chip maker also has a more affordable option for device makers that want to offer 5G capabilities and some other premium features at a lower price point. 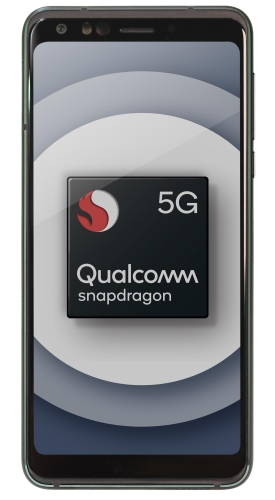 But if you’re wondering why there’s two chips with similar names, it’s because the G stands for Gaming. Qualcomm says the Snapdragon 765G offers up 10-percent faster graphics than the standard Snapdragon 765, and includes “special game extensions and optimizations” for smoother gameplay and “enhanced detail and colors with true 10-bit HDR.”

In other words, Qualcomm is continuing to make the case for mid-range gaming smartphones, something the company started doing earlier this year with the introduction of the Snapdragon 730G.

The Snapdragon 765 is an octa-core processor that features:

The Snapdragon 765G, meanwhile, has a 2.4 GHz top speed for its highest-performance CPU core, and a GPU that’s abotu 15-percent faster.

Qualcomm says compared to the Snapdragon 730, the new chips bring up to a 20-percent boost in graphics performance and efficiency, support for higher screen refresh rates (up to 120 Hz), and support for cameras up with up to 192 megapixel image sensors.

The chip enables support for recording 720p video at up to 480 frames per second for slow-motion video.