Plex is now officially in the media streaming business. The company, which produces software that allows users to stream their own personal media collection to any device, has launched its own free, ad-supported streaming service.

Users can now fire up Plex and stream movies and TV shows for free… as long as they’re willing to put up with ads and a relatively limited selection.

Still, the move is noteworthy for a few reasons. 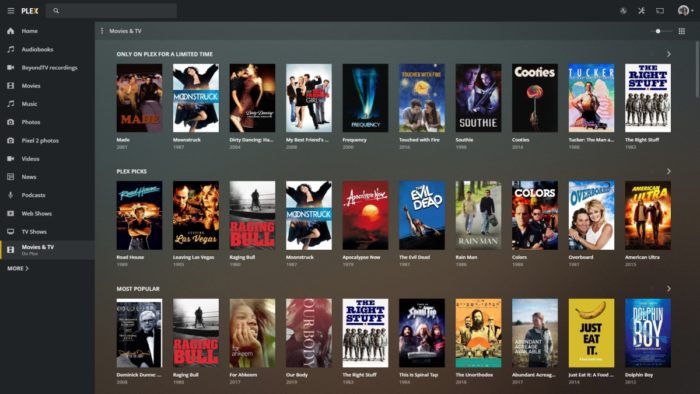 First, it’s available in 220 countries and territories. As TechCrunch and Variety point out, that makes it the most widely available ad-supported media streaming service. Second, ad support represents a new revenue stream for Plex, in addition to paid subscriptions for the optional Plex Pass service. And third, it marks a company coming a long way from its roots as a provider of software for HTPC enthusiasts (and pirates).

As promised, the service includes content from Warner Brothers, Lionsgate, MGM, and Legendary, most of which is available in all regions where the service is available. You should be able to access the new Movies & Streaming on Plex service on any device that supports Plex, including game consoles, smartphones, smart TVs, and other devices.

A quick scan through available titles left me… underwhelmed. But there are certainly a few gems included that I wouldn’t mind watching if I hadn’t gone all-in on ad-free video years ago. I’d rather pay a few bucks to skip commercial breaks than have to sit through them.

As for what makes the new Plex movies & TV streaming service different from other services, the key thing is probably integration with other Plex tools.

Sure, you could sign up for a new account and start streaming for free without doing anything else. But if you already use Plex to manage your media collection, the company’s software can take a look at the stuff you like and recommend content based on your tastes. Have a lot of science fiction movies, documentaries, or anime titles in your library? Plex may offer up suggestions.

Want to keep using Plex while ignoring the new streaming service? You can manage your user interface to move the Movies & TV On Plex listing to the bottom of your menu, hide it, or even disable it from your Plex server.