Some smartphones are already shipping with in-display fingerprint sensors rather than visible sensors on the front, back, or sides of the phone. Soon we may see phones with in-display cameras as well.

Chinese device maker Oppo revealed that it was developing an under-glass smartphone camera earlier this year. This week the company showed off the latest prototype of a smartphone that uses that technology.

While there’s still a small portion of the display that looks odd from certain angles and in certain lighting conditions, it’s smaller than it was in June. And Oppo went a step further with this prototype, eliminating all ports and buttons. 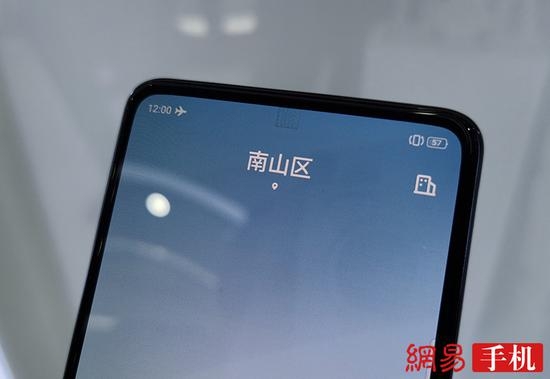 This wouldn’t be the first button-less, port-free smartphone. The Meizu Zero revealed earlier this year also went all-in on features like wireless charging, pressure sensitive sides (in lieu of power and volume buttons), and an in-display fingerprint sensor. But Meizu failed to make its crowdfunding goal for the phone, so that phone remained a concept.

Meanwhile, rumor has it that Apple plans to launch an iPhone with no physical ports. If that happens, it wouldn’t be surprising to see other phone makers follow suit — just as they did when Apple introduced the notch, dropped the headphone jack, or even used capacitive touch displays (before the original iPhone, most smartphones had resistive touchscreens).

While wireless charging can certainly be more convenient than plugging a cable into your phone every time you want to refuel the battery, it also tends to be slower and less efficient. You also can’t easily use your phone while it’s on a charging pad the way you can while it’s plugged in. So I’d be sad to see the USB port go.

And for now in-display cameras aren’t quite as good as their unobstructed conterparts. But if you don’t actually take selfies or make video calls all that often, then an under-glass camera might be more appealing than a thick bezel, notch, or punch hole camera that obstructs a portion of the screen.

A second glance at the under-display camera tech at the OPPO INNO 2019 Conference. Notice how the semi-transparent camera area has been slimmed down. It’s much less obvious now. #OPPO pic.twitter.com/RO6tQWrZGD

via CNBeta and Android Police

12 replies on “Oppo’s smartphone prototype has under-glass camera, no ports or buttons”