HMD is continuing to crank out Android smartphones at a variety of price points — and the latest model is a follow-up to the low-cost Nokia 2.2 that launched earlier this year.

The new Nokia 2.3 has a bigger screen, a bigger battery, support for face unlock, and a lower starting price… but features the same entry-level processor.

Fortunately, the phone also has an entry-level price tag — HMD says it’ll be available in mid-December for 109 Euros, or about $120. 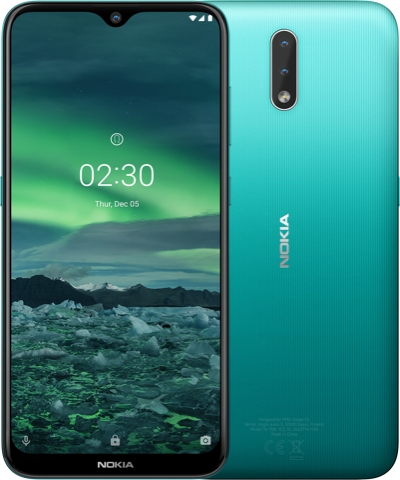 The Nokia 2.3 features a 6.2 inch, HD+ display with a 19:9 aspect ratio, a waterdrop-style notch for the 5MP front-facing camera, and 13MP rear camera with an LED flash.

The phone is powered by a MediaTek Helio A22 quad-core ARM Cortex-A53 processor and features 2GB of RAM, 32GB of storage, and a microSD card reader with support for cards up to 512GB. A 4,000 mAh battery keeps things running, and there’s a 3.5mm audio jack.

In case the processor, memory, and storage weren’t giveaways that this is a budget phone, here are a few other specs that drive home the point — the Nokia 2.3 has a micro USB port, only supports 5V/1A charging, and lacks NFC or a fingerprint sensor. WiFi tops out at 802.11n speeds, but at least the smartphone supports Bluetooth 5.0.

Like all HMD/Nokia phones, the Nokia 2.3 is an Android One phone, which means it should get major OS updates for at least two years, and security updates for three. At launch it’ll ship with Android 9 Pie rather than Android 10 though.