If you buy a flagship Android smartphone in the second half of 2020, odds are that it’ll support 5G wireless networks, thanks to Qualcomm’s decision to only sell its upcoming Snapdragon 865 processor to phone makers who pair it with a Snapdragon X55 5G modem, while rival MediaTek’s Dimensity 1000 chip has 5G support baked in.

But both companies are also bringing 5G to chipsets for mid-range phones. Qualcomm has the Snapdragon 765 series chips with integrated 5G modems, and now MediaTek has announced its own mid-range solution. 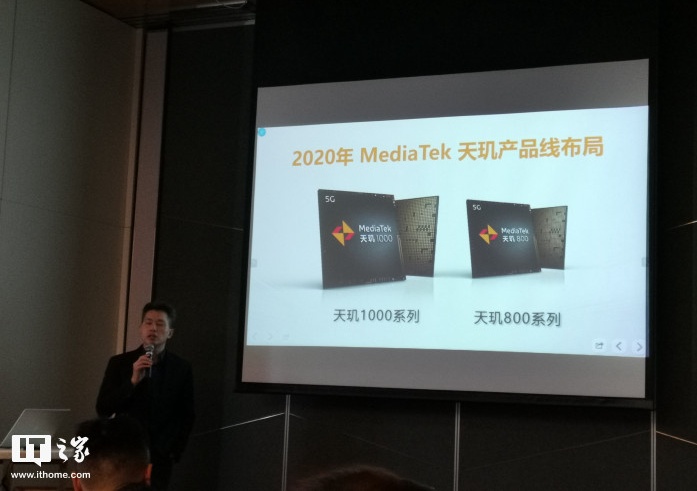 While the Dimensity 1000 is aimed at flagship phones, the MediaTek Dimensity 800 is expected to be aimed at more affordable smartphones. We don’t know have detailed specs for the chipset yet, MediaTek plans to showcase the processors at the Consumer Electronics Show in January, so we should learn more pretty soon.

One thing we do know is that the processor features a Mediatek Helio M70 modem with theoretical top download speeds of 4.7Gbps and upload speeds of 2.5 Gbps.

One thing we don’t really know yet is how much benefit there will be to purchasing a 5G phone in 2020. The technology is still rolling out and it’s unevenly distributed at this point — if you live in a major city in the US, for example, there’s a good chance you’ll be able to connect to 5G networks. But for everyone else, that 5G modem might not actually do much for a while.

It’s unclear whether most of the things we currently do with our phones really require the greater speed or reduced latency that 5G promises… assuming carriers can deliver on those promises in the first place.

But ready or not, it’s starting to look like 2020 is going to be the year of 5G phones. By the end of the year, I suspect it’ll be hard to find a new phone that doesn’t include a 5G modem.

via GSM Arena and ITHome