As I noted in my MAG1 review, the little computer also has one of the best keyboards I’ve used on a laptop this small and a tiny, but responsive trackpad below the backlit keyboard.

Available from GeekBuying for $630 and up, the MAG1 ships with Windows 10, but it’s also one of the most Linux-friendly mini-laptops I’ve tested to date.

Many of the companies that make mini-laptops with 9 inch or smaller screens seem to use tablet displays… and that leads to some odd quirks when you try to boot anything other than Windows.

The display may be set to portrait orientation by default, as happened when I tried Ubuntu on the One Mix Yoga 3, for example. Or rather than scaling text and graphics appropriately for a pixel-dense display, the operating system may be stuck at 100-percent scaling, which means that text it too small to read. Sometimes the native display resolution isn’t recognized at all, as happened when I tried Linux Mint on the GPD P2 Max.

There are often workarounds… or even custom operating systems designed to address those issues. But I was pleasantly surprised to see that I didn’t need to search for workarounds when trying Ubuntu 18.04 LTS or Fedora 30 on the MAG1 mini-laptop. 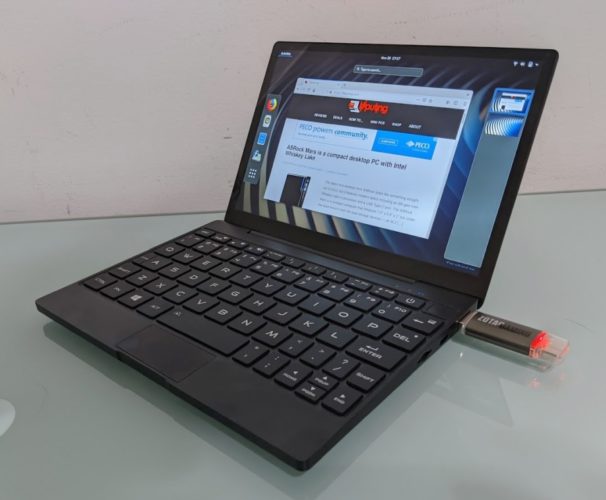 In both cases, the screen orientation, display scaling, and screen resolution were correct as soon as the operating system loaded.

WiFi, audio, video, and keyboard shortcuts all worked properly. The touchscreen functioned as expected, and I could even bring up an on-screen keyboard to type… which would be a lot more useful if the MAG1 were a convertible tablet-style notebook, which it’s not. 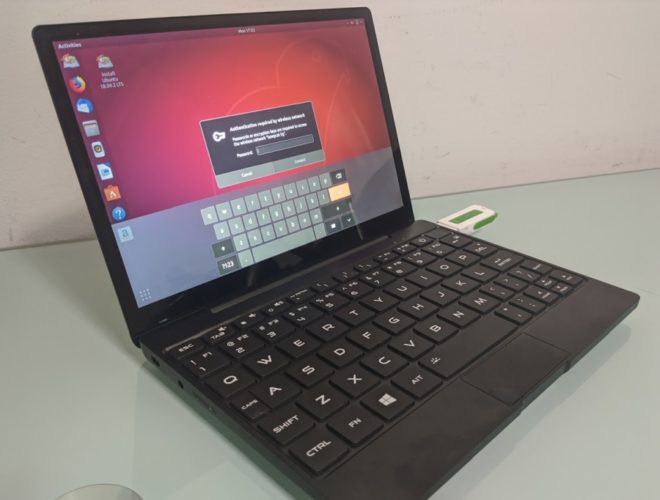 I did not install either operating system to local storage, so I cannot comment on sleep, battery life, fingerprint authentication, or other features that you’d only be able to truly test by fully installing Ubuntu, Fedora, or another GNU/Linux-based operating system. But running from a liveUSB is a good way to kick the tires and see if there are any obvious pain points before installing an operating system, and for the most part the two operating systems I tested look good to go.

Booting from a flash drive is also pretty easy. Once you’ve prepared a bootable drive using Rufus, UNetbootin, or a similar tool, just plug it into the computer’s USB port, hit the Esc key during startup to bring up the UEFI/SETUP utility. 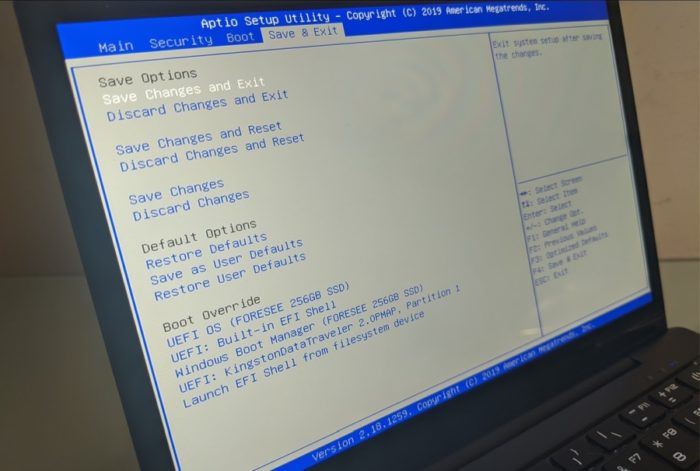 From there, you can use the arrow keys to move over to the Save & Exit tab, where you’ll find a Boot Override section at the bottom of the page. You should see your USB flash drive in the list. Select it, hit enter, and the MAG1 should attempt to boot from that device.