Intel may own the term “NUC” as used to describe a type of small form-factor desktop computer. But the company doesn’t have a monopoly on small, square mini-desktops.

Over the years we’ve seen a number of NUC-like mini PCs with AMD processors. But now a company that’s best known for selling NUCs is getting in on the action. Heck, the company even has NUC in the name. 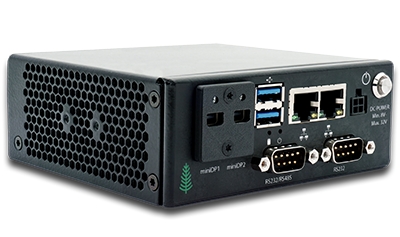 Sequoia is designed for industrial, digital signage, or edge computing use — but it’s basically a fully functional computer that can be used for just about anything.

The little computer measures 4.5″ x 4.6″ x 1.8″ and weighs about 1.5 pounds when fully assembled. You can hang it off the back of a monitor with a VESA mount kit, or hide it away under a desk or behind a small stack of books.

Both of those starting prices include 4GB of RAM and 128GB of solid state storage, but you’ll have to pay extra if you want an operating system installed (Simply NUC will load Windows 10 Home, Pro, or iOT for you free of charge, but you do need to pay for the Windows license).

The computers can be configured with up to 32GB of RAM, 2.5TB of storage, and there’s optional support for a WiFi and Bluetooth card, along with accessories.

Each model has two M.2 2242 PCIe slots under the hood, but there’s no room for a hard drive. There are dual SODIMM slots for DDR4-2666 memory. And ports include: