The Peakago is a tiny laptop computer that’s small enough to slide into a pants pocket (assuming you have fairly large pants pockets). It’s not the first mini computer to fit that description — but it’s one of the cheapest to date.

Peakago is taking pre-orders for this little laptop with a 7 inch display through an Indiegogo crowdfunding campaign. It’s set to ship to backers in March, 2020, and folks who pre-order can reserve one for as little as $269 or so. 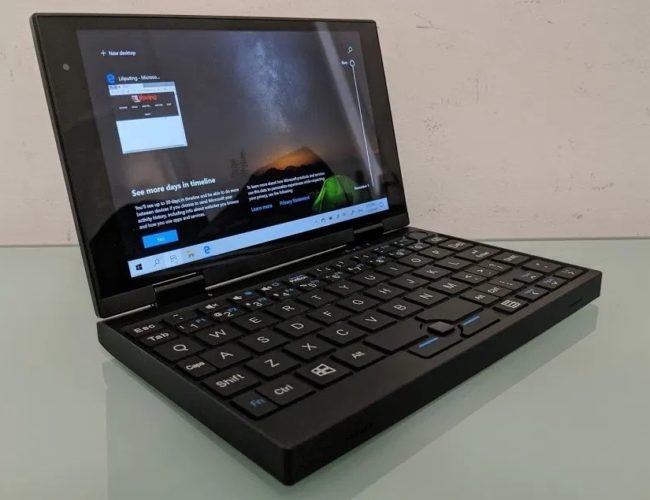 What you get for that price is a 1.2 pound mini-laptop with a 7 inch, 1920 x 1200 pixel IPS touchscreen display, a 360-degree hinge, and a QWERTY keyboard that you can use for touch-typing… with a little practice. Because the keyboard is so small, some keys might not be where you’d expect to find them, and there’s an optical touch sensor instead of a standard laptop touchpad.

The little computer is powered by an Intel Atom x5-Z8350 processors and features relatively slow eMMC storage. It supports single-band 802.11b/g/n WiFi and Bluetooth 4.0, and unlike many other little laptops, the Peakago has a VGA webcam.

Update 11/15/2019: Peakago has updated the crowdfunding campaign. Every Peakago will now ship with 802.11ac WiFi support and now there’s an option for a new Peakago Pro with a higher-performance Intel Pentium N4200 processor, but only if you get the WiFi-only model.

It’s a full-fledged Windows computer capable of running most Windows apps… but based on my experience testing a demo unit, it’s pretty pokey when it comes to performance. Working with this little computer feels a bit like slipping back in time to an era where you had to wait just a little longer for PCs to load applications or perform other functions — although once apps are up and running, it’s not a bad little device for some web browsing, video streaming, or other simple tasks. 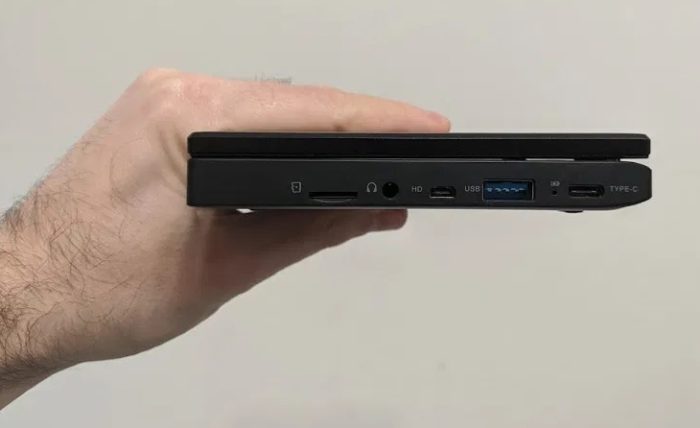 Note that those prices are the crowdfunding prices for the first 100 backers at each level. Peakago suggests that these prices are 40-percent off the eventual retail prices… which could make these little laptops a tough sell unless Peakago gives the hardware a bit of an upgrade. 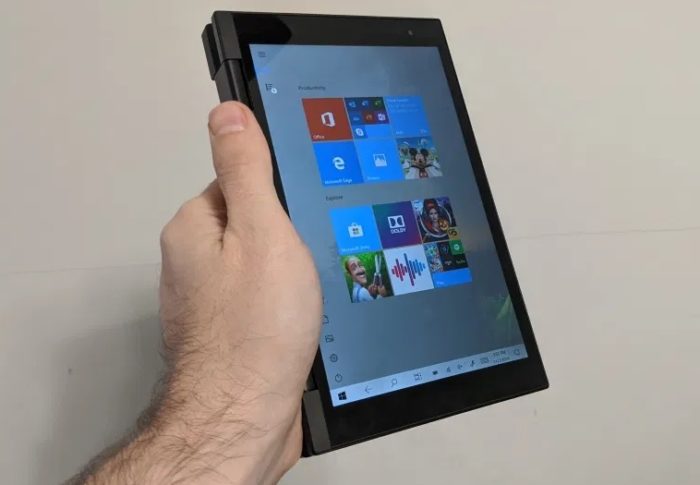