Progressive web apps are basically websites designed to act more like desktop programs than websites. They can be used when you’re offline, deliver push notifications when you’re online, and access your computer’s hardware, among other things.

And since progressive web apps, or PWAs, work with just about any standards-compliant web browser, you can visit a website using Chrome, Safari, Firefox, or Edge and “install” a PWA.

But they don’t work exactly like desktop apps, since they aren’t as tightly integrated with the operating system. That may change next year after Microsoft releases the new version of its Edge web browser. It’s expected to have a feature that will allow PWAs to be treated more like native desktop apps… at least on Windows 10. 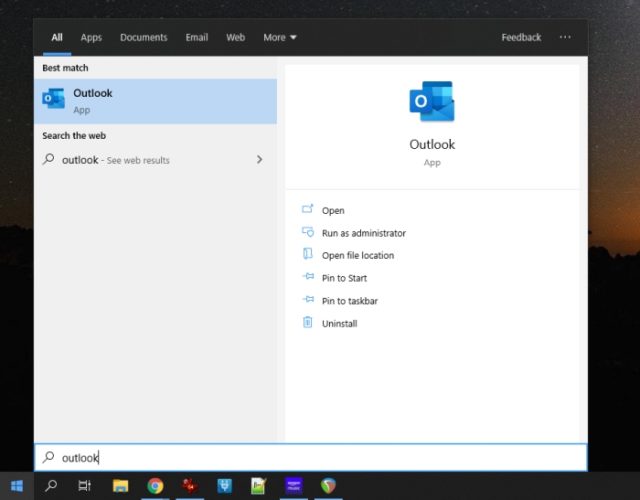 As Neowin reports, there’s a new hidden flag in the canary version of Edge that allows web apps to:

Right now the feature is still a work in progress, and it may not be available immediately when the new Edge launches. But it does appear to be on the way — and you can try it out by running Edge Insider Preview version 80.0.344.0 or later, and enabling the hidden flag.

All of which makes the other big PWA news of the day make a lot of sense. Microsoft has made its Outlook on the Web app available as a progressive web app. If you’re using Chrome or another supported browser, you can now “install” Outlook by visiting Outlook.com and choosing the “Save Shortcut” (or whatever option your browser users) in order to set up Microsoft’s web app for email so that it opens in a standalone window, has its own app shortcut on your desktop, and shows up in your start menu.

via The Verge and Thurott