Customers with a Stadia Pro subscription will be able to stream Destiny 2: The Collection for no additional charge. And folks who want to buy games that they can play starting November 19th will only have a dozen titles to choose from — including Destiny 2. 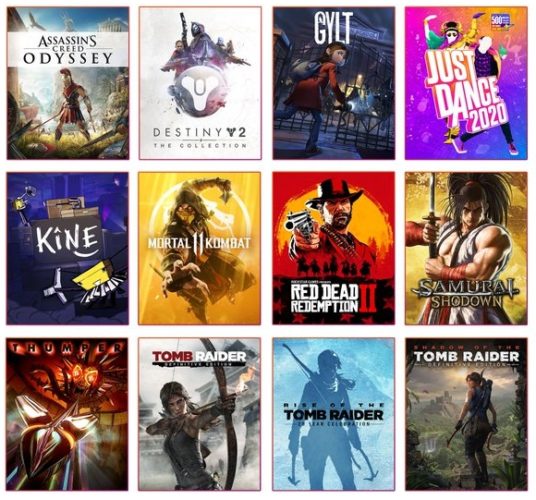 The good news is that there are some popular titles on the list… and Google has revealed another 14 games that will be available by the end of the year, as well as some other upcoming titles.

But it seems like Google’s game streaming platform may be off to a relatively slow start.

That’s probably not a big problem if you plan to play games by streaming to an Android device or to a phone or tablet. But if you pre-ordered a $129 Stadia Premiere Edition bundle with a Chromecast Pro and Stadia Controller with the express intent of streaming games to your TV, I hope you’re interested in at least a few games on this list, because you may have to wait a while to play anything else.

Wondering what games will be available to play on launch day for Stadia? Here’s our day one lineup for November 19 with more titles coming by the end of 2019.

For the full list and additional details, check out our blog → https://t.co/CWyqjMegYz pic.twitter.com/YzhEX1d3ou