Folks who attended the Google IO conference in 2013 got a free Chromebook Pixel worth $1,300. A year later, Google gave attendees a piece of cardboard…

But Google Cardboard was a surprise hit of Google IO 2014, because when you followed the company’s instructions to fold up the cardboard, insert glasses, and then put your phone inside this $10-$15 gadget could transform a smartphone into a virtual reality system.

The idea was to create a cheap, simply way for people to try virtual reality without spending hundreds or thousands of dollars on a VR-ready PC and headset.

And it sort of worked… for a while. And then it sort of fizzled out. Last month Google confirmed that it’s pretty much phasing out active development of its phone-based virtual reality software and hardware.

Folks who want to keep the dream alive can do that though — because the Google Cardboard SDK is now open source. 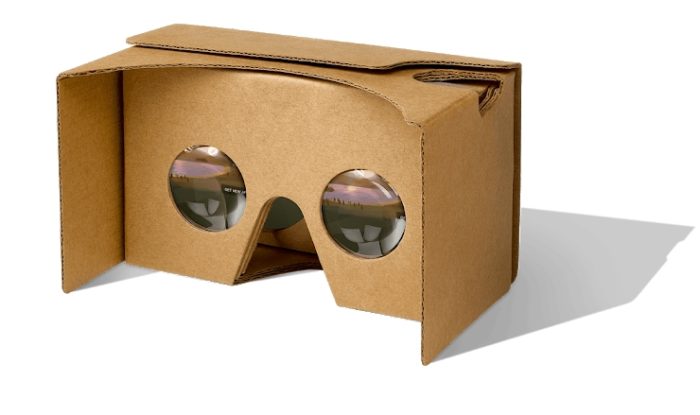 The SDK includes tools developers can use to create VR experiences for Android and iOS devices and includes support for motion tracking, user interaction, and stereoscopic rendering (which creates 3D-like imagery by displaying a slightly different image on the left and right sides of the screen.

That said, Google pretty much gave up on its follow-up to Cardboard (called Daydream) largely because people weren’t using it very much and there wasn’t much incentive for developers to jump on the platform. So I’m not sure that the open sourcing of the less-powerful Cardboard SDK will lead to much new development.

Rather, I suppose the key benefit here is that a piece of computing history is now available for anyone who wants to use, examine, or modify the code.

So I guess we’re back to where we began with smartphone VR — Google doesn’t so much consider it a viable alternative to standalone or PC-based virtual reality systems so much as a cheap and accessible entry point. Maybe that explains why the Google Store is no longer offering the $79 Daydream View VR headset, but you can still buy a Google Cardboard Kit for $15 (or a 2-pack for $25).