Graphics docks promise the best of both worlds for laptop users — you can have a thin, light, and portable notebook with long battery life for use on the go, but you can connect a desktop-class graphics card for gaming or graphics work when you’re back at home base.

Over the past few years a number of companies have released graphics docks that connect to the Thunderbolt 3 port on a laptop or desktop computer… but the new Gigabyte Aorus RTX 2080 Ti Gaming Box is the first to feature water cooling.

It’s unclear if you need water cooling for the NVIDIA GeForce RTX 2080 Ti graphics card that ships with the system. But that’s what you get. 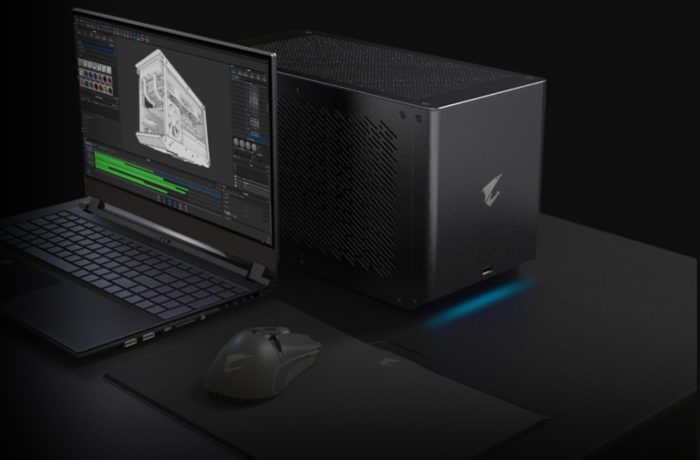 Of course, NVIDIA’s graphics card is designed to do that with air cooling — so the only time you might really need the extra cooling power is if you try overclocking the GPU. Out of the box, it’s not overclocked though. 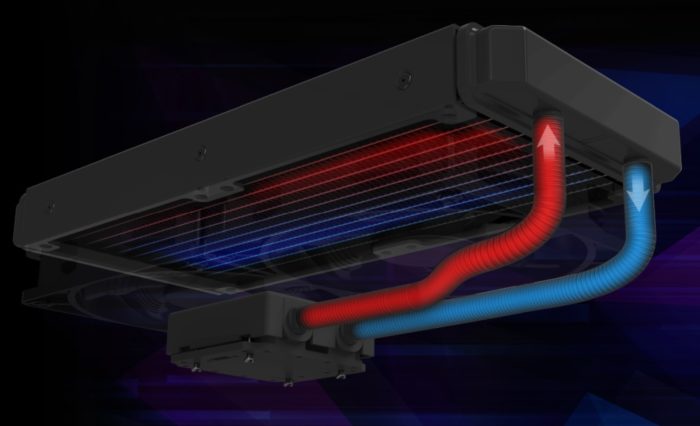 The Aorus RTX 2080 Ti Gaming Box has one HDMI port, a USB-C port, and three DisplayPort outputs on the back, for up to five external displays. There’s also an Ethernet port, two USB 3.0 Type-A ports, and a Thunderbolt 3 port plus another USB 3.0 port on the front.

Gigabyte hasn’t announced the price for this graphics dock yet, but if other members of the “Gaming Box” lineup are anything to judge by, it won’t be cheap.

via VideoCardz and Tom’s Hardware