A bigger, better Macbook Pro has arrived this morning. Apple’s new 16-inch model takes the place of the 15-inch version, but it keeps the same starting price of $2399. 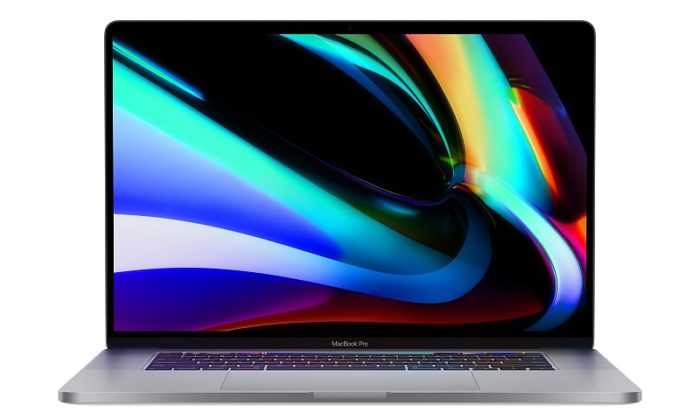 The biggest change (at least in terms of physical size) is the more expansive display. It boasts a native resolution of 3072 x 1920 which works out to a crisp 226 pixels per inch. LED backlighting cranks the brightness up to 500 nits.

Thanks to the display’s slim bezels, the 16-inch Macbook Pro isn’t much larger than the 15-inch model it replaces. It’s less than a centimeter wider and about a half centimeter deeper. Weight has only increased by about four ounces.

Accompanying the new display is an all-new six-speaker audio array. John Gruber of Daring Fireball says they’re a massive upgrade, producing distortion-free audio that can fill a room just as capably as any portable speaker you’d pair with your smartphone. Gruber sums up his praise of the speakers by saying “However good you think I’m saying they sound, they sound way better than that (emphasis added).” 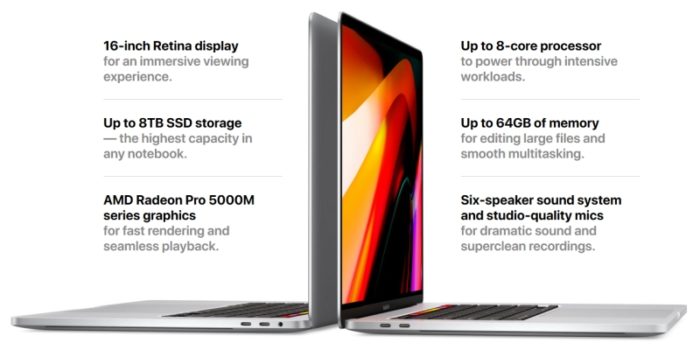 Also new is the re-engineered keyboard. This is an update that everyone saw coming, but it’s exciting nonetheless. Apple’s old butterfly keyboard didn’t have a lot of fans. Based on early hands-on reports, it looks as though the new scissor-switch design is a massive improvement.

The base 16-inch Macbook Pro is powered by a hexa-core Intel Core i7 clocked at 2.6GHz. 16GB of RAM comes standard, as does a 512GB SSD. Basic graphical processing is handled by an Intel UHD Graphics 630 and a 4GB AMD Radeon Pro 5300M steps up when things get a little more intense. A 100-Wh lithium-polymer battery provides up to 11 hours of power.

Need more storage? Apple offers four options, starting with 1TB for an extra $200. For the same price as the base Macbook Pro itself you can swap in a cavernous 8TB SSD. Actually, it’s a dollar more at an even $2400.