Samsung appears to have quietly launched its first Chromebook with a 15.6 inch display.

The Samsung Chromebook 4+ is available from a handful of retailers for $319 to $330, even though Samsung hasn’t actually gotten around to officially announcing the new laptop yet. 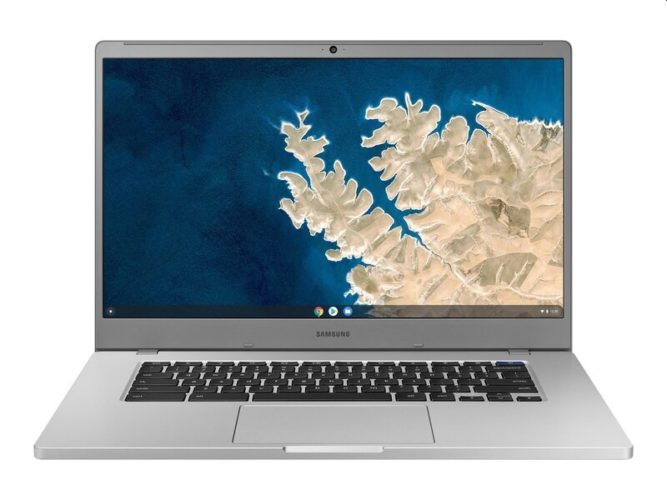 The laptop isn’t exactly a high-performance machine — it has an Intel Celeron N4000 Gemini Lake dual-core processor, 4GB of LPDDR4 RAM, and 32GB of eMMC storage.

Other features include a 720p webcam, a microSD card reader, two USB 3.0 Type-C ports, and a 39 Wh battery.

While it lacks some features found on higher-priced Chromebooks such as a touchscreen display and/or convertible tablet-style design, the notebook should at least be sturdy — it’s said to be MIL-STD-810G tested.