The Amazon Fire HD 10 is the biggest, most powerful member of Amazon’s tablet lineup, and now the company has launched a new model that it says is faster than its predecessor, while offering longer battery life.

It’s also the first Amazon Fire tablet to sport a USB-C port for charging and data. 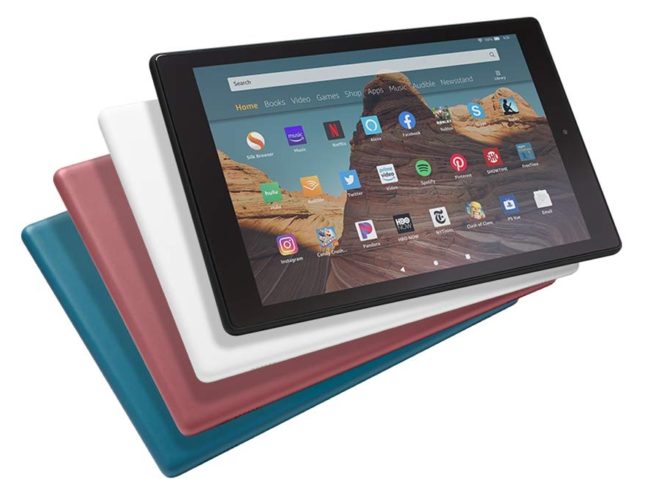 The 9th-gen Fire HD 10 tablet features a 2 GHz octa-core processor, which Amazon says offers a 30-percent performance boost over the previous-gen model, which was released in 2017.

Amazon is also promising up to 12 hours of battery life for the 2019 model,  which is a 2 hour bump over the older model.

While this is Amazon’s priciest tablet, it’s also the only one that comes with a 1-year warranty rather than one that lasts just 90 days. That said, it’s still a budget tablet compared with most competing devices from Apple, Samsung, Huawei, and others.

And the move to USB-C is a welcome one. In addition to allowing you to use the same charger for your tablet as you use with many recent phones and tablets, Amazon says the Fire HD 10 charges more quickly than its predecessors.

Like all Amazon tablets, it ships with Fire OS, which is a fork of Google’s Android operating system. Out of the box, it features Amazon’s apps and services and lacks Google Play, Google Maps, Gmail, and other key apps you’ll find on most Android devices. But unless Amazon has locked things down more thoroughly on its new tablet than it has in the past, odds are that it won’t be that tough to install Google Play services yourself.

The latest version of Fire OS is based on Android 9 Pie and includes a new picture-in-picture mode that allows you to keep watching videos in a small window while interacting with other apps.

Amazon has also launched a new Fire HD 10 Kids Edition tablet that comes with a 2-year worry-free guarantee, a 1-year subscription to Amazon FreeTime Unlimited, and a “kid-proof case” with a built-in kickstand.

It’s up for pre-order for $200 and also ships October 30th. Amazon is also running a limited-time promotion: you can save $50 when you buy two Fire HD 10 Kids Edition tablets. 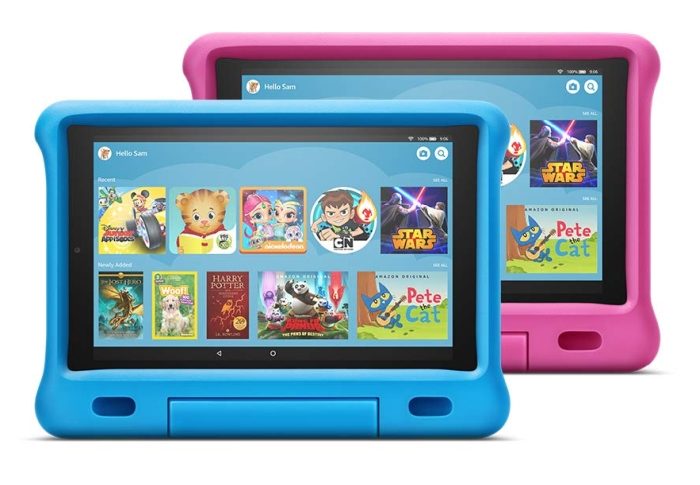