As prices of flagship phones from Apple, Samsung, Huawei, and Google hover around the $1,000 mark, some Chinese phone makers continue to show that it’s possible to offer flagship-class specs for lower prices. Much lower. 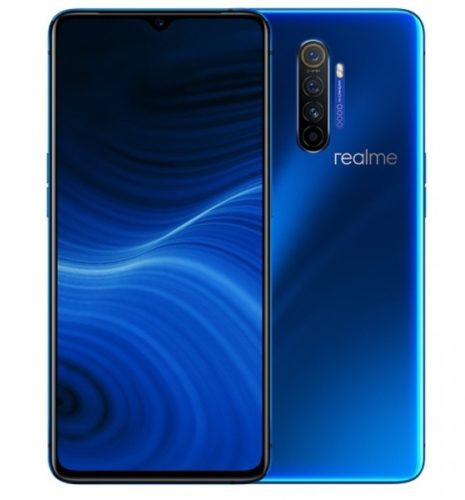 Realme is a sub-brand of Chinese phone maker Oppo, so it’s not surprising to see that the X2 pro picks up some Oppo features like the company’s SuperVOOC fast charging technology and ColorOS user interface (built on top of Android 9 Pie).

Some other key features include a 4,000 mAh battery, an in-display fingerprint sensor, and a 16MP front-facing camera in a waterdrop-style notch.

The Realme X2 pro will be available in three configurations at launch:

There’s no word on if or when you’ll be able to buy this phone in the United States, but it’s expected to show up in China and Europe in November, with a launch in India scheduled for December.

The Realme X2 (non-“pro”) features a Snapdragon 730 processor, 30 watt fast charging, and slightly less impressive camera and display features, while the Realme 5 Pro sports a Snapdragon 712 processor and an even lower price tag (€199 and up in Europe). 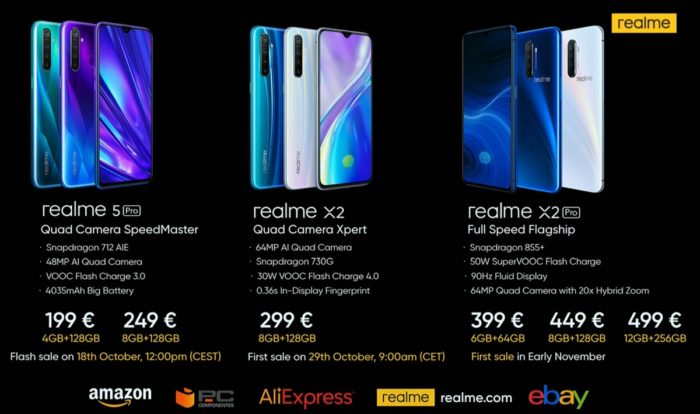 via Realme, The Verge, GSM Arena, and MySmartPrice