As promised, Microsoft has started taking pre-orders for three of the new Surface devices unveiled today. In doing so, the company has also revealed some more key specs. 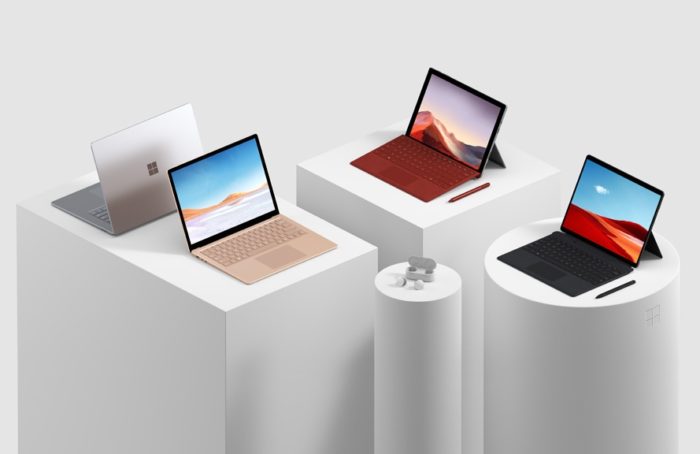 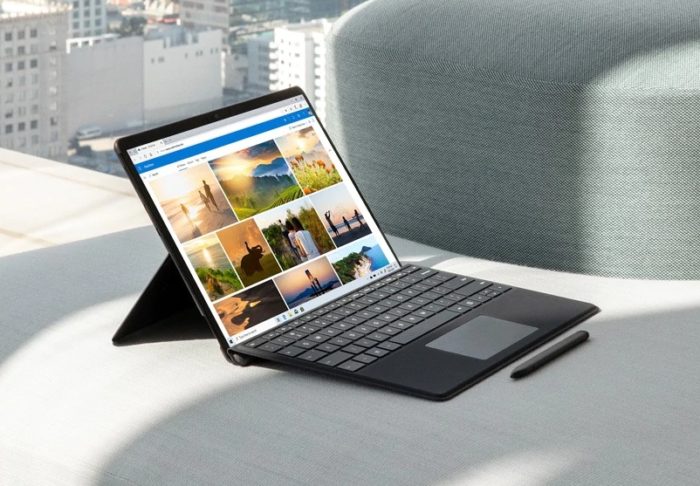 It’s a thin, light, and fanless tablet with a bigger screen but a slightly smaller profile than the new Surface Pro 7 thanks to a slimmer design and smaller bezels.

You can thank the Microsoft SQ1 processor for that — it’s a custom 7 watt Qualcomm Snapdragon processor that Microsoft says offers 3x the performance-per-watt of a Microsoft Surface Pro 6, at least for some tasks. The tablet is also Microsoft’s first computer with an integrated Artificial Intelligence engine, which the company says will enable new types of tasks.

It’ll be interesting to see how it fares when it comes to real-world performance, since ARM-powered Windows tablets have been somewhat underwhelming to date.

Here are the prices/configurations available at launch:

: Or maybe not. The SSD is removable, but if the Surface Pro X is anything like the Surface Laptop 3, that doesn’t mean Microsoft supports user upgrades or repairs.

Update 2: The Verge confirms that the SSD is accessible when you remove the same cover you’d take off to access the SIM card slot. You’ll need a Torx screwdriver and an M.2 2230 SSD if you want to perform a DIY upgrade, but it does look pretty feasible.

The Microsoft Surface Pro X Keyboard is also now up for pre-order: you can grab one for $140. And the Surface Slim Pen with a rechargeable battery and support for wireless charging is up for pre-order for $145.

You can find more details about the Surface Pro X in Liliputing’s article covering the tablet’s announcement.

With a lower starting price of $749, this could still be a more attractive option for some users. The latest Surface Pro may not be fanless or featured integrated LTE (yet), but it still weighs just 1.7 pounds, measures just 0.33 inches thick, and you probably don’t have to worry about whether it’ll run all your Windows applications. 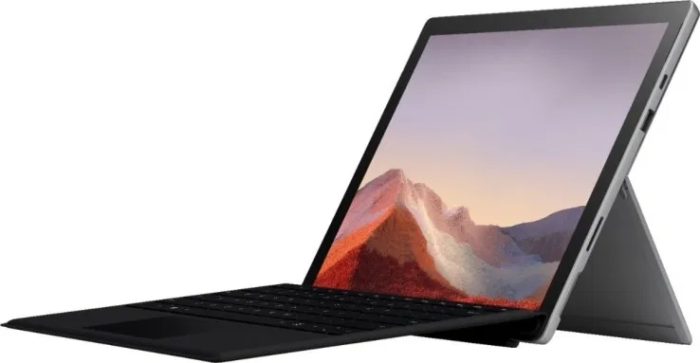 This model is an upgrade over the Surface Pro 6 in a few key ways. It features 10th-gen Intel Core “Ice Lake” processor options. And it has a  USB-C port. But it also still features USB-A and Surface Connect ports.

But the entry-level model does have a rather anemic 4GB of RAM, so realistically you’re probably going to want to spend at least $899 on the Surface Pro 7.

Here are some of the pricing/configuration options available at launch:

You can find more details in our article covering the Surface Pro 7 announcement. 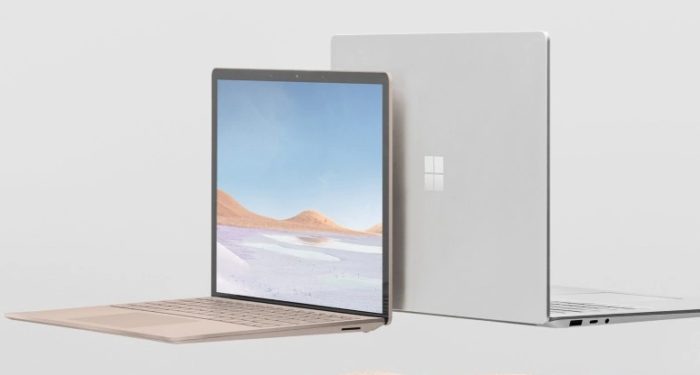 But not only does the larger model have a bigger, higher-resolution display, it also has a different set of processor options: it features custom AMD Ryzen processors while the Surface Laptop 3 13.5″ comes with Intel Ice Lake chips.

There are a lot of pricing/configuration options:

And that’s before you start to get into the different color/material options. In a nutshell, the Surface Laptop 3 15″ comes in all-metal with a choice of black or platinum. The smaller version is available in sandstone (all-metal), black (all-metal), platinum (metal + fabric), or cobalt blue (metal+fabric).

Oh, and in case you were wondering, the Ryzen 5 3580U features Radeon Vega 9 graphics “Microsoft Surface Edition,” while the Ryzen 7 3780U packs a Surface-specific version of AMD’s RX Vega 11 graphics.

More details are available in our article covering the Surface Laptop 3 announcement.