There’s no shortage of ways to stream Netflix, Hulu, and YouTube to a TV — Amazon, Google, and Roku all offer devices that let you do it for around $30 – $40.

But NVIDIA’s Shield TV line of devices have long been some of the best options for power users, thanks to their high-performance processors, versatile software, and support for bonus features including NVIDIA’s GeForce Now game streaming as well as some Shield TV-exclusive games (no streaming required). 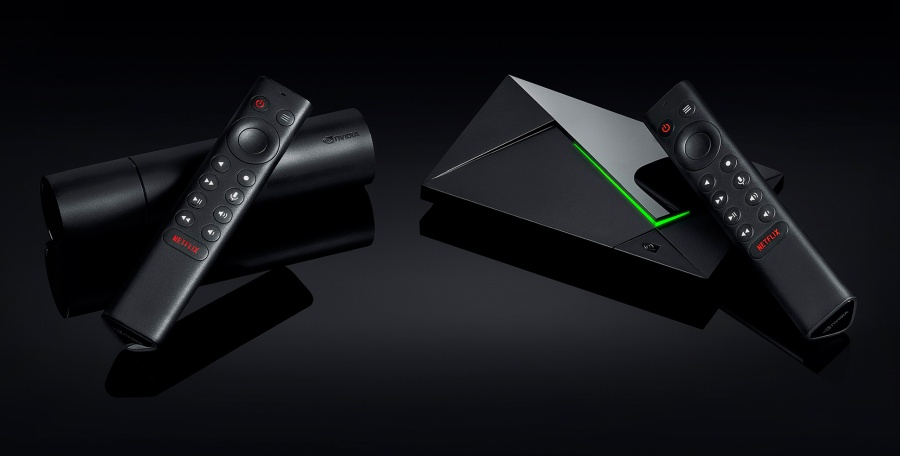 Both of these devices are… unsurprising. Detailed leaked earlier this month, and a few days ago they started showing up in Best Buy stores in the United States, where a handful of customers managed to buy the unannounced media streamers and take them home.

But now they’re available for anyone to purchase.

The new Shield TV has a brand new design — it’s the shape of a tube and its meant to take up less space when you stick it behind a TV. It also has fewer ports: just a Gigabit Ethernet jack, an HDMI port, and a microSD card reader.

If you prefer the classic Shield TV look (and additional ports), the Shield TV Pro has the same guts, but a boxier design and two USB 3.0 ports that you can use to attach a hard drive or other USB peripherals.

The Pro model also has 3GB of RAM and 16GB of storage, while the non-Pro version has just 2GB and 8GB, respectively. Interestingly one thing that the Pro doesn’t have is an SD card reader. That seems to be exclusive to the smaller version. I guess you could add a USB card reader if you really need one though.

Both models feature an NVIDIA Tegra X1+ processor that NVIDIA says offers a 25-percent performance boost over its previous-gen Tegra X1 chip. And both support 80.221ac WiFi and Bluetooth 5.0.

The new Shield TV models also both feature the same NVIDIA Tegra X1+ processor that the company says makes the new Shield models about 25-percent more powerful than their predecessors.

And they both continue to run a customized version Google’s Android TV software that NVIDIA calls the Shield Experience.

Neither comes with a Shield Controller for gaming though. You can pick one up separately for $60 or pair another controller like an Xbox or PS4 controller if you’ve already got one.