When Microsoft revealed the new Surface Laptop 3 yesterday, the company’s chief product officer revealed that it would be easier to repair than any previous model. During an on-stage demo, Panos Panay lifted the keyboard off the laptop to reveal its innards.

He did clarify that some screws would normally need to be removed to make this happen. But the demonstration, combined with a mention of “removable” storage on the Surface Laptop 3 website seemed to suggest that the new laptop would not only be repairable, but also upgradeable.

As it turns out, it is… just not by you. At least not easily. 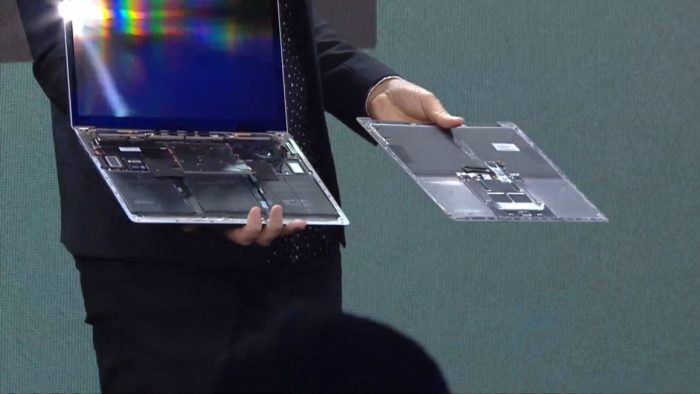 The fine print on the Microsoft Surface Laptop 3 website includes this line:

According to Gizmodo, “skilled technician” means “authorized repair technicians,” which is another way of saying that while you may be able to repair or replace the SSD or other components at home, Microsoft doesn’t officially support it.

In fact, even opening up the case will probably be enough to void your Surface Laptop 3 warranty. 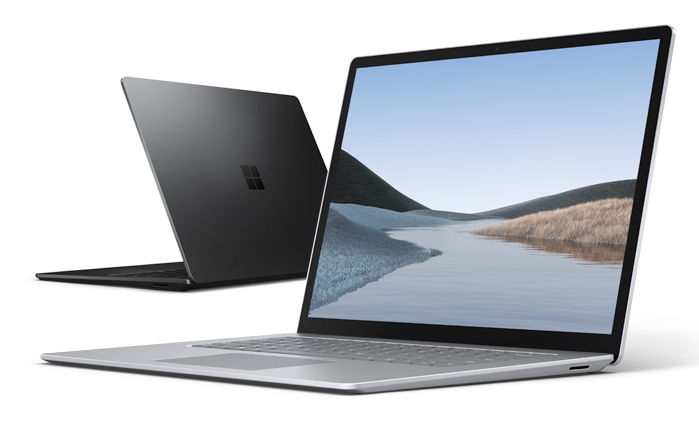 It’s unclear why Panos Panay went out of his way to highlight repairability during the Surface launch event without making it clear that you’d probably have to take your laptop to a Microsoft Store or find an authorized repair shop. But I suppose if you’ve got an out-of-warranty machine anyway, it’s nice to know that there’s less glue getting in the way of DIY repairs.

Update: NotebookCheck makes a compelling case for the idea that the reason Panay was willing to talk about repairability onstage is essentially because he wasn’t talking to end users… he was talking to enterprise customers like schools or businesses that care more about serviceability than the end-users’s right to repair.

That said, it looks like Microsoft isn’t going to make it easy for you to buy an entry-level Surface Laptop and save a pile of cash by supplying your own SSD.

The company currently charges a $300 premium to go from a Core i5/8GB/128GB Surface Laptop 13.5″ to a Core i5/8GB/256GB model, despite the rapidly falling prices of third-party SSDs.

Update: For what it’s worth, it looks like SSD upgrades will be a little easier on the new Microsoft Surface Pro X. There’s an access panel hidden beneath the kickstand. Remove the cover and you can insert a SIM card and/or remove and replace the M.2 2230 SSD, although you may need a Torx screwdriver to do so.