HTC has become a bit player in the smartphone space in recent years, but the company is trying to carve out an unusual niche for itself by releasing a series of blockchain phones.

Last year’s HTC Exodus 1 is a $699 smartphone that can double as a cryptocurrency wallet and function as a full node.

If you can’t justify spending that much on a phone just because of its blockchain-related features, soon there will be a much cheaper option: the HTC Exodus 1S is coming soon for less than $250. 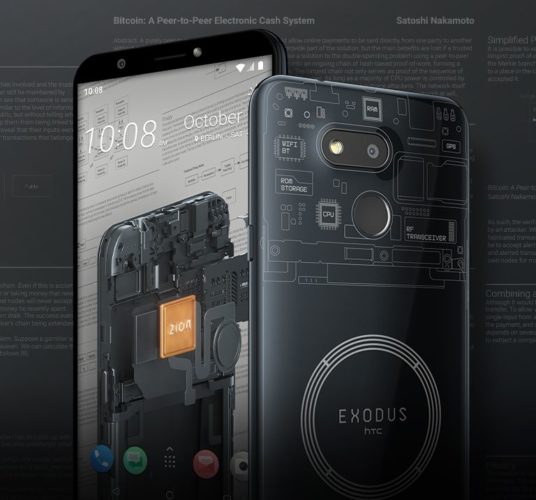 HTC first announced plans for its cheaper Bitcoin device earlier this year, and now the company has provided more details about the specs and features.

Like the pricier model, the new smartphone features the HTC Zion Wallet which lets you use Bitcoin, Ether, and several other cryptocurrencies. Since the phone can function as a node, it can perform on-device validation of Bitcoin transactions, while also extending the network.

With the aid of a 400GB or larger microSD card, you can also store the complete Bitcoin ledger on the phone itself.

But once you move beyond the blockchain features, the Exodus 1S is a pretty basic mid-range phone (although mid-range phones these days have some features that used to be exclusive to flagships just a few years ago).

The HTC Exodus 1S isn’t available for purchase yet, but according to Engadget, it’s set to go on sale in Europe soon for €219, or about $245. It should also be available soon in other regions including Taiwan and select countries in the Middle East.

8 replies on “HTC reveals specs for its cheap blockchain phone”