Much to the surprise of no one, Google’s latest smartphones are here. The Google Pixel 4 and Pixel 4 XL feature the sort of spec bumps you’d expect from any new flagship — plus a few features that are brand new for the Pixel family, and one that’s a first for any smartphone.

The new phones are up for pre-order starting today for $799 and up, and they start shipping October 24th. 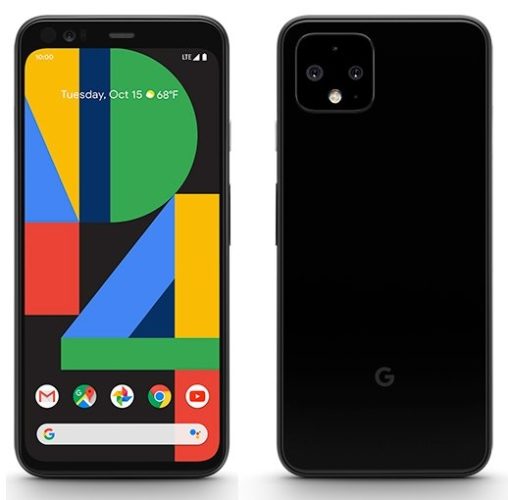 Otherwise both phones are pretty much the same when it comes to both design and features.

Both are powered by Qualcomm Snapdragon 855 processor, both feature 6GB of RAM, and both have a least 64GB of storage. Both have slim top bezels with no notches.

They’re also the first phones to feature Google’s Soli radar technology, which allows you to interact with the phone by making gestures with your hands and fingers in front of the phone. For example you can scroll through websites, skip tracks in an audio player, or perform other actions even if your hands are wet from washing dishes. 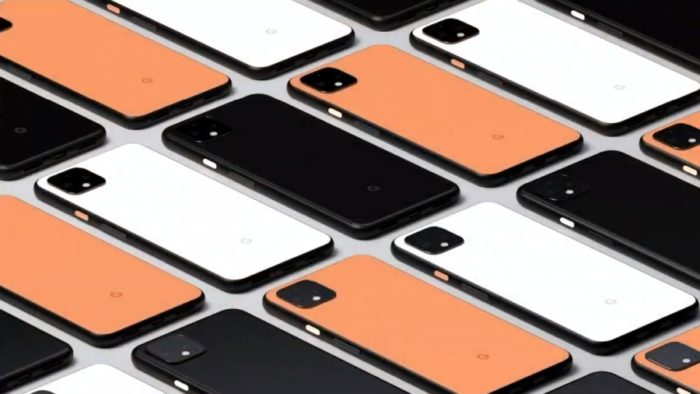 Along with the Soli radar chip, there’s an 8MP front-facing camera, face unlock IR cameras, a dot projector, flood illuminator, and ambient light sensors in the top bezel, which helps explain why Google didn’t go with a notch for this year’s phones. There just wouldn’t be enough room.

While the Soli radar is the hardware feature that most sets Google’s new phones apart, there are also some other new-to-Google features including:

Pixel phones are also known for their camera/photography features and Google is building on its track record by introducing a new astrophotography mode that lets you capture images of the night sky by combining data from multiple shots.

Google says its Night Sight feature now supports up to a 4-minute exposure for shooting pictures of the night sky. You’ll want a tripod or some other steady camera mount in order to capture 15 exposures of 16 second each and then use Google’s machine learning to stitch images together.

The feature doesn’t just work for shooting star portraits, but also for any other nighttime (or dark) imagery that you want to make bright and clear.

Personally I’m more excited by the telephoto lens — my Pixel 2 already takes great shots up close, but I have a harder time capturing action that’s a bit further away.

Google says that its telephoto lens combined with its super-res zoom technology leads to sharper photos even when you move past 2X zoom. In a nutshell, the company says you’ll get sharper images using pinch-to-zoom when snapping a photo than you would get by simply cropping an image after it’s saved.

Google is also introducing a Live HDR+ feature that allows you to preview HDR imagery and adjust your settings before capturing thanks to a dual exposure control with two sliders — one for brightness, and one for shadows. 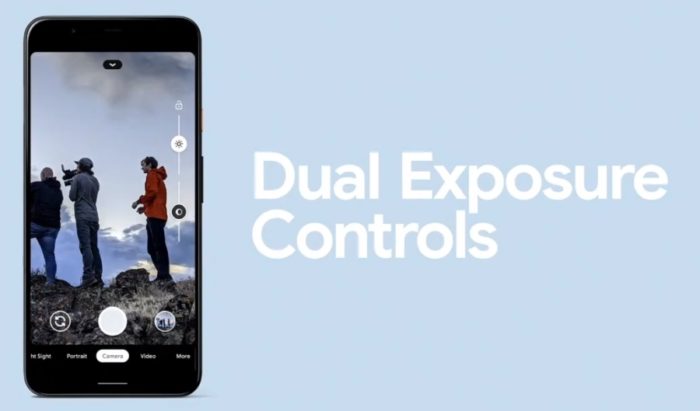 There’s also improved automatic white balance that uses machine learning to adjust settings based on known colors (like the fact that snow should be white).

And while portrait mode has been available on Google phones since the original Pixel, the Pixel 4 is the first to feature dual cameras. So Google says it supports higher-quality portraits (with sharp subjects and blurred backgrounds).

Google is also introducing new software that makes use of on-device learning, including a new voice recorder app called… Recorder. 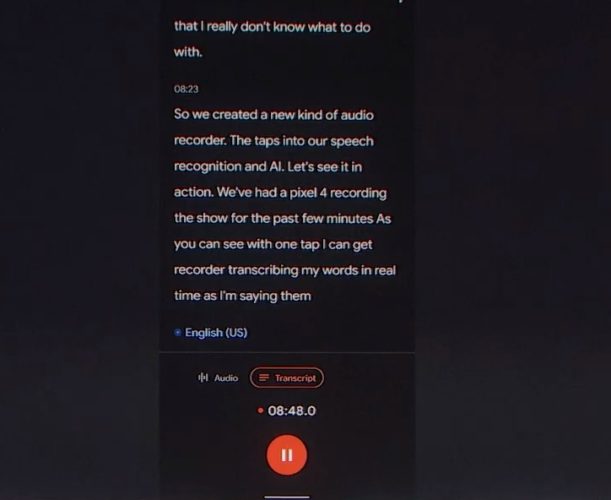 But what’s cool about the Recorder app is that it can provide near real-time transcripts generating entirely on-device. Google demonstrated the feature during its October 15th hardware event by using a phone in airplane mode.

As usual, the new phones will feature USB-C ports with support for 18 watt USB-PD fast charging. But the Pixel 4 and Pixel 4 XL have no headphone jacks and don’t ship with a USB-C to 3.5mm adapter, so you’ll either need to supply your own or buy a pair of USB-C or Bluetooth headphones.

And as usual, there’s no microSD card reader. So if you want more than 64GB of onboard storage, you’re going to need to pay for it when you buy the phone.

Here’s the rundown on prices for the new phones:

The phone will come in three color options:black, white, and orange. And each model comes with a three-month subscription to Google One, which includes 100GB of cloud storage.